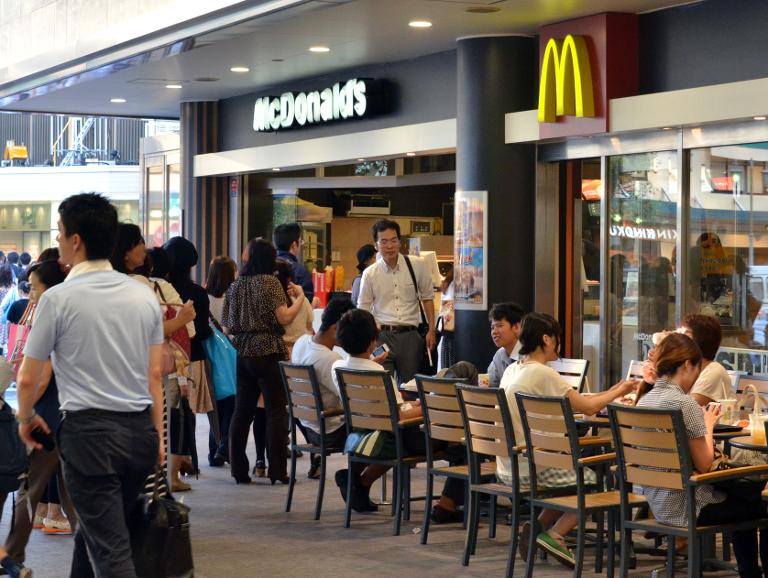 McDonald’s Japan on Tuesday pulled its profit forecast for the year as it acknowledged that an “appalling” tainted meat scandal at a Chinese supplier would dent its finances.

The head of the fast-food chain’s Japanese unit issued a televised apology after halting sales of products with chicken sourced in China on Friday, while Tokyo vowed to block any imports from the company at the centre of the scandal.

“I would like to extend my sincere apology to our valued customers for any anxiety or concern that this situation may have caused,” McDonald’s Japan President Sarah Casanova told a press conference.

“The news… was incredibly disturbing to us, appalling. The activities alleged are completely unacceptable.

“What happened… was a wilful deception of a few employees,” she added.

Casanova said the halted sales — and subsequent switch to a chicken supplier in Thailand — would have a “significant impact” on the Japan unit’s finances.

Chicken sourced from neighbouring China had accounted for about 38 percent of the unit’s poultry imports.

The company retracted its previous annual forecast for a 6.0 billion yen ($58 million) net profit on sales of 250 billion yen.

More than 3,000 McDonald’s restaurants across Japan have also stopped imports of chicken products from China.

The meat was sold to a host of fast-food giants.

China has been rocked by a series of food and product safety problems due to lax enforcement of regulations and corner-cutting by producers.

Food safety scandals in China are never far from the minds of shoppers in Japan, given the countries’ vast trading and business links.

In 2008, 10 people in Japan suffered pesticide poisoning after eating dumplings imported from China, and earlier this year a Chinese factory worker was jailed for life for the crime.