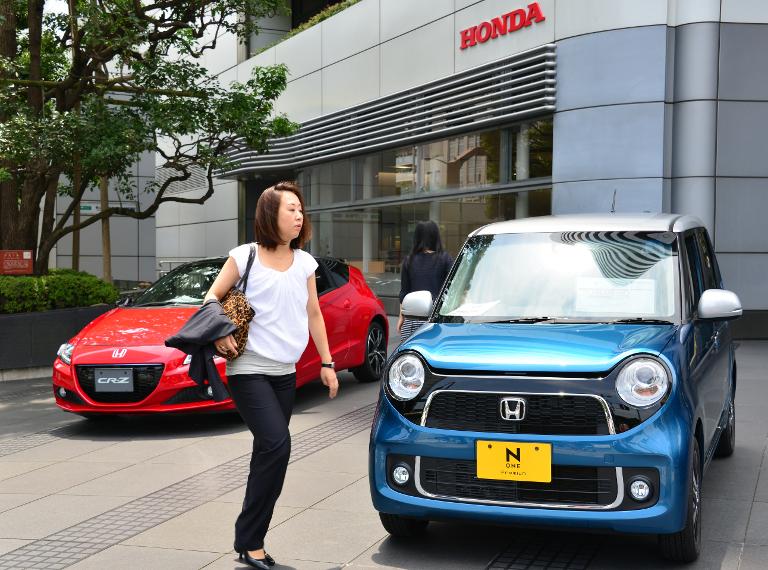 Japanese automaker Honda said Tuesday its latest quarterly net profit jumped 19.6 percent to $1.4 billion thanks to a weak yen and growth in global auto sales, as it boosted its full-year profit forecast.

Its new profit forecast for the fiscal year through March stood at 600 billion yen, up from 595 billion yen, while it also revised upward its full-year sales projection to 12.8 trillion yen, from 12.75 trillion yen.

In a statement, Honda credited its profit gains to “increased revenue in our automobile and motorcycle business operations, as well as favourable foreign currency translation effects”.

It added that the gain was also “due to a rise in automobile sales as a result of the positive effect of new model introductions and full model changes in Japan and Asia in addition to the positive impact of cost reduction efforts”.

The Japanese auto industry has benefited from the big-spending policies of Prime Minister Shinzo Abe, with huge monetary easing measures from the premier’s hand-picked team at the Bank of Japan helping push down the currency.

But Yasuo Imanaka, analyst at Rakuten Securities in Tokyo, warned the positive impact of the weak yen was fading.

“The positive impact of a weak yen on Japanese automakers is getting smaller to the point that it’s now marginal,” Imanaka said.

“They can’t expect much from a weak yen for the current fiscal year,” he added.

In the automobile business, the maker of the Accord sedan sold 6.2 percent more vehicles as brisk sales in Asia offset a slump in North America.

In Japan, Honda’s sales edged up 1.2 percent while profit was virtually unchanged at 62.1 billion yen for the first quarter, weathering the negative impact of an April sales tax hike which weighed on consumer spending.

Honda was the second of Japan’s “Big Three” automakers to post their latest earnings after Nissan announced upbeat results on Monday, with Toyota reporting next week.

Nissan left its full-year forecast unchanged, projecting a 405 billion yen net profit and sales of 10.79 trillion yen in the year to March 2015.