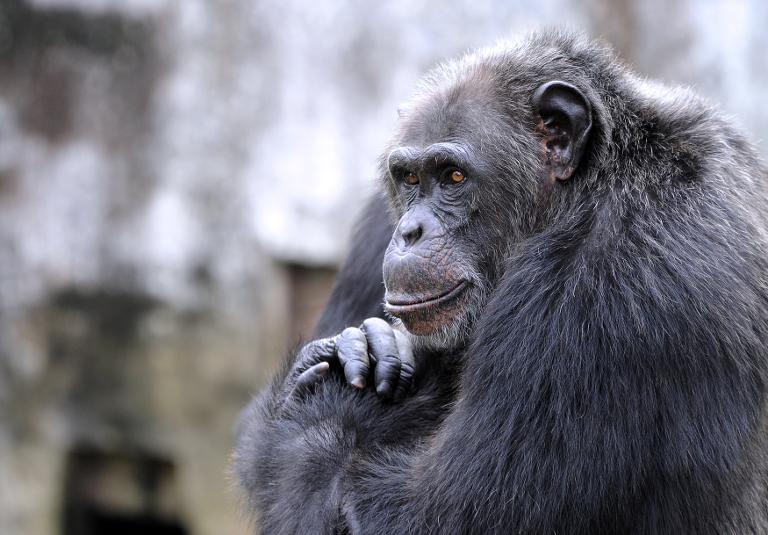 The world’s great apes face extinction within decades, renowned chimpanzee expert Jane Goodall warned Tuesday, in a call to arms to ensure man’s closest relatives are not wiped out.

“If we don’t take action the great apes will disappear, because of both habitat destruction as well as trafficking,” Goodall told AFP in an interview in the Kenyan capital Nairobi.

In the past half century, chimpanzee numbers have slumped from two million to just 300,000, spread over 21 countries, said Goodall, a British scientist who spent more than five decades studying chimpanzees in Tanzania’s Gombe National Park.

“If we don’t change something, they certainly will disappear, or be left in tiny pockets where they will struggle from inbreeding,” said the 80-year-old, the first scientist to observe that apes as well as humans use tools.

Experts predict that at the current rate, human development will have impacted 90 percent of the apes’ habitat in Africa and 99 percent in Asia by 2030, according to a UN-backed report last month.

Infrastructure development and extraction of natural resources — including timber, minerals, oil and gas — have devastated the prime habitat of apes and pushed chimpanzees, gorillas, bonobos, orangutans and gibbons closer to extinction.

For Goodall, the destruction is part of mankind’s wider attack on nature.

“If we don’t do anything to protect the environment, which we’ve already partially destroyed, I wouldn’t want to be a child being born in 50 years’ time,” Goodall added.

“We’re schizophrenic: we’ve got this amazing intelligence, but we seem to have lost the power of working in harmony with nature.”

As well as a tragic loss, Goodall said the death of man’s closet relatives would act as a stark warning sign of climate change and global warming.

“If we lose them (apes), it is probably because we have also lost the forests, and that would have a totally devastating impact on climate change,” she said.