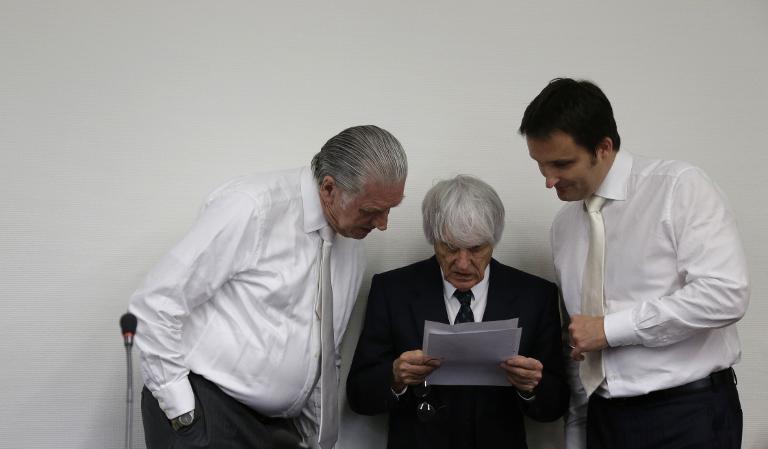 Formula One magnate Bernie Ecclestone offered on Tuesday to pay 25 million euros ($36 million) in damages to settle the corruption trial against him in Germany, according to a local news agency.

The 83-year-old’s defence team filed a surprise motion at the Munich court to dismiss the charges in exchange for paying the sum to BayernLB bank, German news agency DPA reported.

State prosecutors indicated they were open to the proposal but would have to review it in detail, according to the report which cited Ecclestone’s lawyer Sven Thomas.

Under German law, prosecutors may withdraw charges even during certain criminal trials if all parties agree to a settlement.

The court later said in a statement that the talks between prosecutors and the defence “on a potential early end to the proceedings have not yet reached a conclusion”.

It did not confirm details of the defence offer on the table.

Ecclestone is accused of paying German banker Gerhard Gribkowsky $44 million (33 million euros) in 2006 and 2007 to ensure his continued grip on the motor sports empire he had built up over four decades.

Prosecutors charge that the money was a bribe meant to ensure BayernLB sold its shares to Ecclestone’s preferred bidder, CVC Capital Partners of Britain, now the sport’s majority shareholder.

The Briton, who went on trial in April and has pleaded not guilty, faces a maximum jail term of 10 years if he is convicted.

He admits making the huge payment but says it was not a bribe but rather hush money after a blackmail attempt.

Gribkowsky was sentenced to eight and a half years in prison in 2012 after being found guilty of corruption.

Ecclestone’s lawyers argued on Tuesday that the criminal case against their client was “highly dubious” and called the trial “extremely onerous” for the 83-year-old, whose bouts of ill health have led to delays in the proceedings, DPA said.

They said they did not believe BayernLB had suffered any disadvantage related to the sale of the Formula One stake.

But they said the settlement offer would stand until August 8 in the hope of wrapping up the trial as soon as possible, after which they would withdraw the proposal and continue to fight the charges in court.