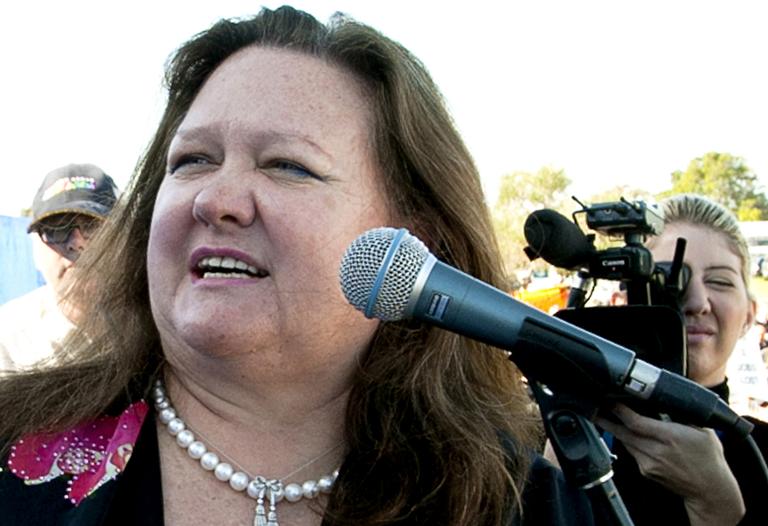 Mining magnate Gina Rinehart said Tuesday that high costs were hurting resources investment in Australia, as a study found that only the country’s agriculture sector was strongly competitive compared with the United States.

Rinehart, Australia’s richest person, said the resources-rich nation needed to “lower its costs and compete for investment” if it wanted to stop miners from moving to other countries.

“One of the things Australia has to learn and appreciate is that for us (miners) to export, people aren’t going to buy products because they like Australians — forget it,” Rinehart told The Australian newspaper.

“They’re only going to buy the products if we remain commercially competitive, cost-competitive.

“And this is a really big challenge for Australia because we’ve got very high costs and we’ve really got to work hard on that if we want to sustain our future, and a good future.”

Rinehart, whose company Hancock Prospecting owns 70 percent of the massive Roy Hill iron ore mine in Western Australia, added that “too many multinational companies, even Australian companies, are focusing and preferring to invest in overseas countries with lower costs”.

The mogul’s comments came just months after three of the world’s biggest miners — BHP Billiton, Rio Tinto and Rusal — warned that government taxes, high costs and a strong currency were putting pressure on their Australian operations.

Australia’s exports are heavily dependent on mining with the country’s 1.1 percent growth in the first-quarter of this year powered by a surge in mining exports.

Rinehart’s remarks came as research was released by the Business Council of Australia, conducted by management consultants McKinsey & Company, which found most of the country’s industry sectors “are not competitive against the United States”.

She added that Australia also had a “substantial comparative advantage in other sectors with flat or diminishing competitiveness” including mining, tourism and food manufacturing.

Despite this, “Australia suffers from pervasively low competitiveness”, McKinsey said in its report.

“If Australia does not adapt, it risks a painful correction: the competitiveness problem becomes a handbrake on growth, and job-level competition leads to rising unemployment and lower wages,” the study said.