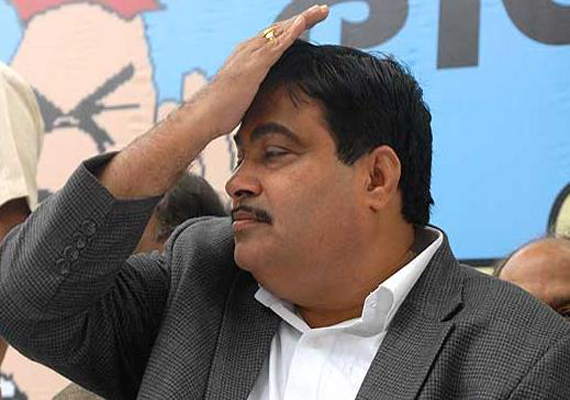 New Delhi: Someone is spying on Union Minister Nitin Gadkari! Yes you heard it right. Reports claimed that powerful listening devices were found in the bedroom of 11 Teen Murti Lane residence of Gadkari. The report further claimed that an initial probe suggests the possibility of the bugs having been â€œplanted by a foreign agencyâ€ as only western intelligence agencies like CIA and NSA use such sophisticated devices.

However, the Minister soon came out on his stand and rubbished the claims. “Reports in a section of the media about listening devices having been found at my New Delhi residence are highly speculative,” tweeted Gadkari.Â

Meanwhile, the report turned out to be music for the Congress ears, who hardly wasted anytime to hit back at the Narendra Modi government. And it was none other than the former Prime Minister Manmohan Singh who demanded an investigation into the report and asked government to explain the issue in Parliament.
Â

“If ministers’ houses are bugged, then it is not a good omen. It should be investigated. How can it happen? It should be explained by the government in the House,” he told reporters at an Iftar function hosted by Congress president Sonia Gandhi on Sunday.Â

However, the Home Ministry rejected the demands.Â â€œGadkari has himself called it speculation. If so, how can we intervene?” Minister of State for Home, Kiren Rijiju was quoted as saying by a news channel.Â

Parties like Congress and its ally Nationalist Congress party had demanded that the government launch a probe in to the matter.

The former president of BJP and current Lok Sabha MP from Nagpur, Gadakri is a part of Prime Minister Narendra Modi’s informal core group besides being close to RSS chief Mohan Bhagwat.Â

BJP also played down the matter with party leaders refusing to take a position on the matter.Â

However, party leader Subramanian Swamy has demanded that the government make an official statement on the issue while adding, “My own investigations and my sources reveal that this may happen not later than October last year. The planting of the device and that means at that time, when UPA was in power, NSA has specifically targeted BJP and Gadkari was a very important person. He had the confidence of RSS.”Â
Â