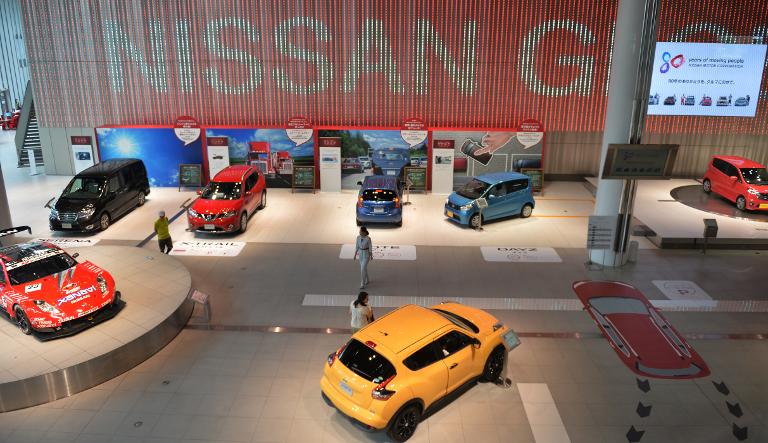 China accounts for about one quarter of Nissan’s revenue so demand fluctuations in the world’s biggest car market affect the firm more than domestic rivals Toyota and Honda, which report results in the coming weeks.

Nissan said demand was strong in China, the US and Europe — which has been a tough market for Japanese automakers over the past year as a recession hit — with the company selling 1.24 million vehicles, up 6.0 percent from a year earlier.

The maker of Altima sedan and luxury Infiniti brand said net profit for the April-June quarter soared to 112.13 billion yen ($1.1 billion), up from 82.0 billion yen a year earlier, as sales rose to 2.47 trillion yen from 2.23 trillion yen.

Nissan left its forecast unchanged, projecting a 405 billion yen net profit and sales of 10.79 trillion yen in the year to March 2015.

The buoyant results bode well as rival Toyota and Honda get set to report their earnings.

“Earnings at Japan’s major automakers appear to be in line with their upbeat expectations and they’re seeing a good performance generally,” said Tatsuya Mizuno, auto analyst with Mizuno Credit Advisory.

“The impact of a weak yen is fading, but it’s been stable and that’s still a positive for the auto sector,” he added.

Japanese car companies have been big winners over the past year and a half as a sharp drop in the currency inflated their repatriated profits, while sales accelerated in key markets including the US and China.

Japanese automakers’ sales in China fell off a cliff in late 2012 and into last year as a Tokyo-Beijing row over disputed islands in the East China Sea sparked a consumer boycott of Japanese brands.

Relations remain tense, but Japanese manufacturers have reported sales are returning to pre-spat levels or higher.

Tagawa said Nissan’s performance in China was in line with earlier projections, but added that “competition has intensified there”.

“There is possibility that sales will decline, but still we hope to achieve our profit objectives,” he added.

However, sales have been weaker in Japan, which raised sales taxes in April to help tame a massive national debt.

The levy hike to 8.0 percent from 5.0 percent has dragged on consumer spending, hitting automakers.

Nissan said its Japan sales in the quarter were down 0.5 percent.