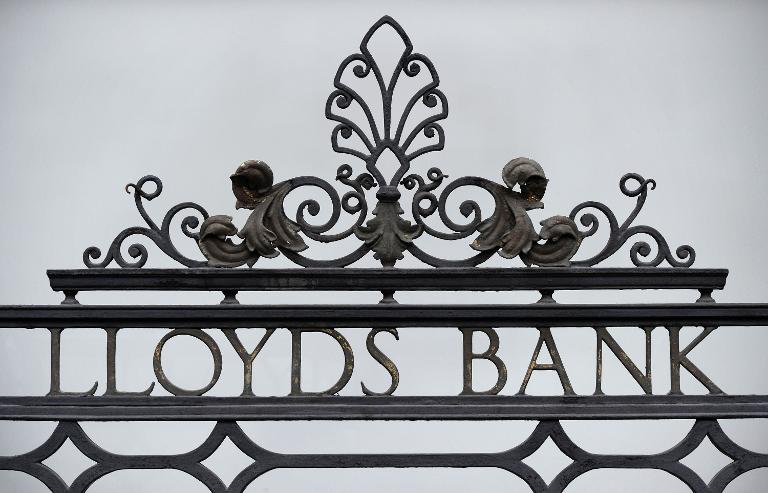 Britain’s Lloyds Banking Group said Monday it will pay Â£218 million in fines to British and US regulators, becoming the latest global lender to be fined for rigging inter-bank lending rates.

The punishment, worth $370 million or 276 million euros, is the latest twist in the long-running Libor scandal that has badly tarnished the reputation of London as a financial centre.

Lloyds’s settlement is the seventh joint penalty handed out by the US and Britain as part of a long-running probe into attempts to manipulate benchmarks that set rates for trillions of dollars of financial transactions.

But in a letter released as part of the settlement, the Bank of England hinted that Lloyds could still face further action from the Prudential Regulation Authority (PRA).

Lloyds said the manipulation of submissions took place between May 2006 and 2009. The individuals involved have either left the group, been suspended or are subject to disciplinary proceedings, it added.

The bank will pay Â£62 million and Â£51 million respectively to the Commodity Futures Trading Commission and the Department of Justice in the United States.

Part of the FCA fine relates to attempts by the bank, which is 25-percent owned by the British taxpayer, to manipulate fees for participation in a government-backed scheme to support Britain’s lenders during the global financial crisis.

The Bank of England, which will receive Â£7.76 million in compensation, said Lloyds attempts to manipulate the rate used to set its fees was “highly reprehensible and clearly unlawful”.

In a July 15 letter sent to Lloyds chairman Lord Blackwell by its governor Mark Carney, the BoE said the PRA “will consider whether further action should be taken” over its manipulation of its Special Liquidity Scheme.

In the statement on Monday Lloyds said it “condemns the actions of the individuals responsible” and stated their actions are “totally unacceptable and unrepresentative of the cultural changes that the group has implemented”.

The Libor is a flagship instrument used all over the world, affecting what banks, businesses and individuals pay to borrow money.

The Libor scandal erupted two years ago when Barclays was fined Â£290 million by British and US regulators for attempted manipulation of Libor and Euribor interbank rates between 2005 and 2009. Euribor is the eurozone equivalent of Libor.

The Libor system was found to be open to abuse, with some traders lying about borrowing costs to make their bank seem more secure or boost their trading positions.

Lloyds added on Monday that the manipulation was restricted to a “specific area” of its business, adding that the issues “were not known about or condoned by the senior management of the group at that time”.

The bank said its management will now consider implications for staff remuneration.

LBG is part-owned by the British taxpayer after recent reductions to the stake as the bank recovers from a massive state bailout following the 2008 global financial crisis.

“We take the findings of these investigations, which relate to issues from some years ago, extremely seriously,” he said, adding that steps had been taken to prevent “this kind of behaviour” happening again.

In the wake of the Libor scandal, industry body the BBA was forced to give up management of Libor, handing supervision over to stock exchange operator NYSE Euronext.

This month, Britain’s fraud agency said it had also launched a criminal probe into allegations of price rigging in foreign exchange markets.