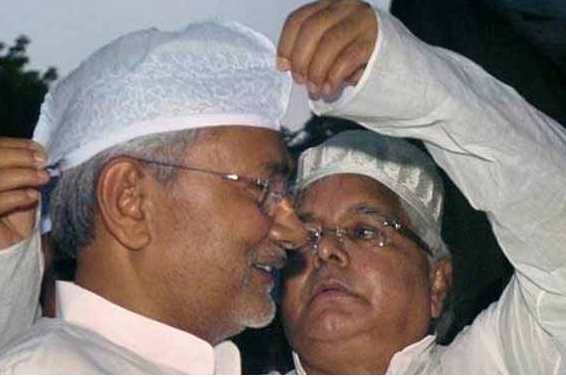 The partnership was treated as a priority at last evening’s iftaar party hosted in Delhi by Congress chief Sonia Gandhi â€“ she shared her table with Lalu and Sharad Yadav who is the president of Kumar’s party. Kumar and Lalu have confirmed that during the campaign, they will share a stage for the first time in 24 years, a function of their near-obliteration by the BJP in the recent national election.Â

“I agree that Nitish and Lalu had differences but there is a lot in common too, especially the socialist agenda,” said Bashisht Narayan Singh, a senior leader from Nitish Kumar’s party.Â

The arrangement reeks of despair, says the BJP, whose Mangal Pandey declared “The situation is very clear. Two people who have lost have come together.”

In the 70s, Nitish and Lalu were prominent young leaders of the Janata Party. After launching their own parties, they competed fiercely in Bihar. In 2005, Nitish, in partnership with the BJP, evicted Lalu’s party from power.
Â
But his decision to end his alliance with BJP last year proved to be a colossal mistake.
Powered by Narendra Modi, the BJP swept the national election and Kumar quit as Chief Minister. The government led by Nitish’s replacement is supported by Lalu’s party. The two teams also collaborated on recent elections for the Rajya Sabha.Â