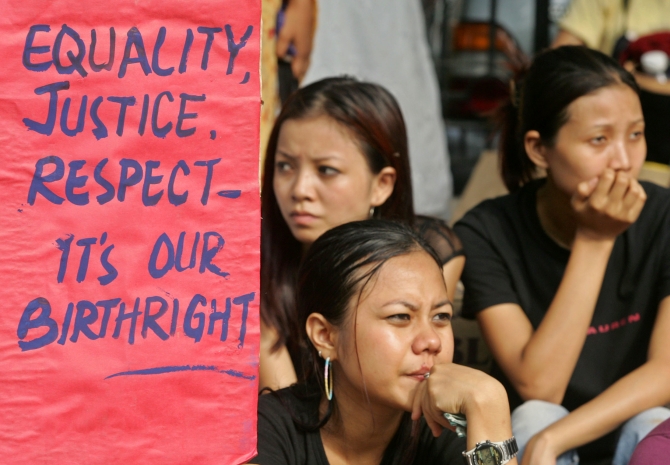 New Delhi: India is shamed as every other day someone from the North East is targeted and bashed up in the National Capital region which belongs to every citizen of India.

People from North East have been bringing laurels to the country, and in the Commonwealth Games at Glasgow, four sportspersons have won medals, Gold and Silver. In last two weeks, four persons from Manipur have been beaten up critically and the latest victim is a man from Manipur.

Forty-year-old Saiza Yoman was at his home when two of his neighbours barged into his house on Sunday night around 11 pm in Nathupur and beat him up.

Yoman, admitted to a hospital nearby, works as a driver with a private company in Gurgaon and lives with his wife and two children in a rented accommodation in Nathupur.

The culprits, duo brothers, have been identified as Sujit and Ajit. The men were armed with knives. However, the motive of the attack is still not clear. The police have arrested Sujit but Ajit is still absconding.

This incident of violence against Indians from the North East comes days after a former call centre employee from Manipur was murdered in the Capital. The 29-year-old Akha Salouni was allegedly beaten to death by a group of five men in a suspected case of road rage in Kotla Mubarakpur in the wee hours.

Another 28-year-old from Manipur was allegedly drowned in a drain under mysterious circumstances in Chirag Delhi area, earlier this month.

Speaking on the issue to News Mobile over phone, Advisor of All Assam Students Union, Samujjal Bhattacharya expressed his deep concern for the people of North East residing in New Delhi. â€œWe have pressurized the Modi Government to take the necessary steps. We have also sent them a memorandum. They cannot deal so easily with the issue. A proper and effective law has to be there. Before the election, we put forward this issue and the government promised us a concrete stepâ€

Earlier, Union Minister of State for Home Kiren Rijiju described the alleged killing of a Manipuri youth as serious and disturbing, and also assured a thorough probe into the case.

Lika Chishi, Vice-President of Naga Students Union in Delhi, says, â€œWe are discriminated against because of our facial structure. We are also like other Indians. We have the same skin tone, the same blood. But the moment we come out in open, people look at us weirdly.â€

â€œEven DU College professors misbehave with us. That we are from a different geographical location, we receive this kind of treatment. At every step, we have to explain our presence. The discrimination should stop and the government should take necessary steps,â€ she added.

Even the social networking site, Facebook was full with views on the recent attack on NE people. Some says, that it was bad whereas it was also noted people saying the opposite. â€œNot at all safe …ppl in d states of North East are severely discriminated against by other regions of India, spclly d gals fm northeast India, simply becoz their lighter skin color, often become targets of rapists. Moreova, India fails to invest any capital into these regions, resulting in their economic development. Bcz f dat, ppl fm these states r always seeking independence…!!,â€ Darpana Das Choudhury said.

Another Facebook user Ruptrishna Nath has some different perspective. â€œI can’t say that it is unsafe. I have Delhiite frens who r good to me and do not dscriminate. It really depnds on the kinda ppl u come across. No place is safe. There is violence everywhr. Sumtims we r lucky, sumtims we r not. Ofcors, there r some individuals/group who discriminate, so just avoid them. But that does not mean u will refrain urslf from communicating with others. Be frnly to evry1, and do not fear to go to Delhi. This is ur country, u shud feel free to be in any of its states. Delhi is not at all a bad place to be in!â€

Earlier this year, Nido Tania, a 20-year-old student from Arunachal Pradesh died after being beaten with iron rods and sticks by a group of men in a market in Delhi’s Lajpat Nagar, not far from where Shaloni died. Nidoâ€™s death had led to street protests and a national debate on discrimination against Indians from the North East.