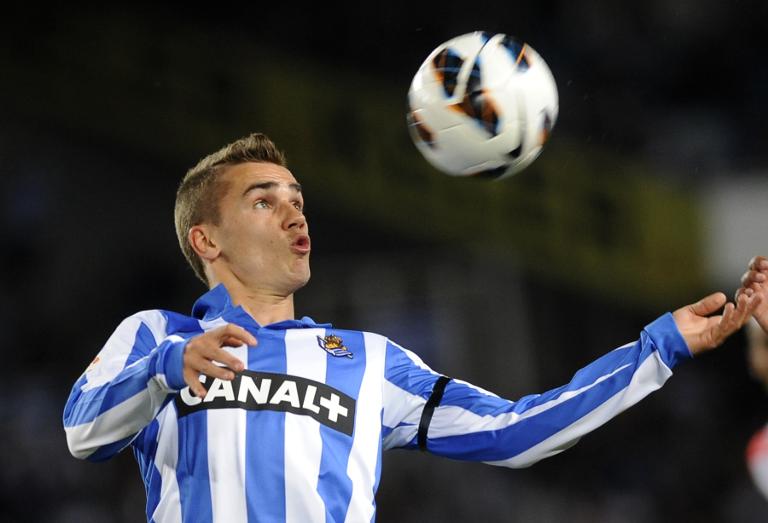 “Atletico Madrid and Real Sociedad have reached an agreement for the transfer of Antoine Griezmann,” read a statement on Atletico’s website.

“The young French player will sign a contract with our club once he passes a medical,” it added.

Griezmann, 23, had been linked with several clubs around Europe, including Premier League side Tottenham Hotspur, but Atletico, who claimed their first Spanish league title in 18 years last season, have won the race for the French winger.

Sociedad said in a statement: “The player has the club’s permission to undergo a medical in Madrid.

“Real Sociedad want to thank Antoine Griezmann for his professionalism and dedication shown during his time at the club while wishing him the best for the future.”

Griezmann came through Real Sociedad’s youth system, having joined the club as a 13-year-old, before making his first-team debut in 2009 and going on to score 53 goals in 202 appearances.