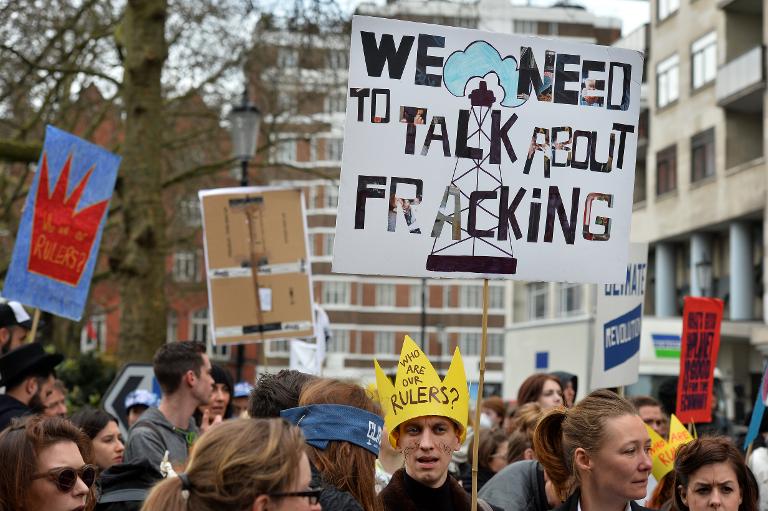 Fracking will be allowed in British national parks in “exceptional circumstances”, according to government guidelines announced on Monday as new bidding for exploration licenses opens.

The extraction of shale gas through the controversial technique in national parks, world heritage sites and areas of outstanding natural beauty would only be granted in “exceptional circumstances”, ministers said.

The Conservative-led government is keen to encourage the extraction of shale gas, arguing it will improve Britain’s energy security, boost the economy and create jobs.

But opponents are concerned that the high-pressure injection of water risks polluting water supplies, damaging the environment and causing minor earthquakes, and say further fossil fuels should not be extracted due to climate change.

Daily newspaper The Telegraph described the move as a bid to “head off anger” among Conservative voters in rural areas of Britain ahead of a 2015 general election.

Germany is considering outlawing hydraulic fracturing until 2021 due to public concerns it could damage the environment, according to policy proposals seen by AFP earlier this month.