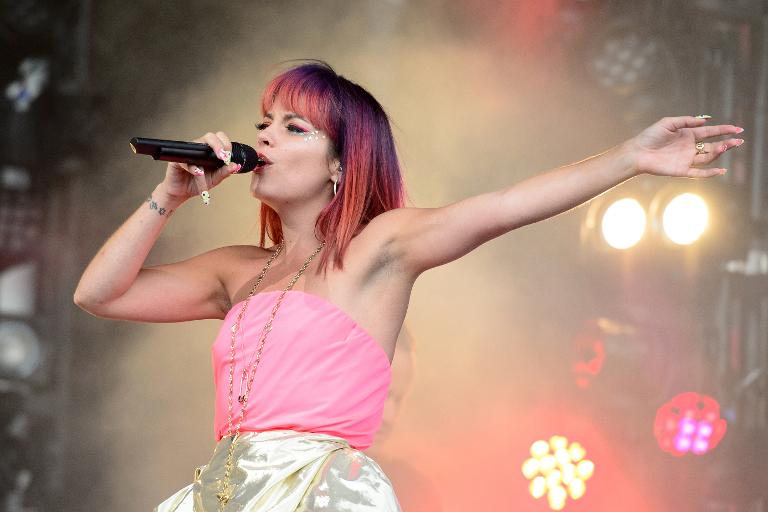 A prank image of British singer Lily Allen kneeling on the ground, head bowed and handcuffed, on Monday landed an Australian police officer in hot water.

The picture was taken as the pop star arrived at Gold Coast Airport on Sunday afternoon ahead of her headline performance at the Splendour In The Grass festival near Byron Bay.

After stepping off her flight, she asked one of the police officers assigned to escort her through the throng of fans to put her in handcuffs for a photo that she uploaded to her Instagram account.

She also tweeted the link to her 4.7 million Twitter followers, before it was taken down.

The Australian Federal Police said the officer who cuffed her had breached protocol and was facing “internal processes”.

“At her request, the members involved placed open handcuffs on Ms. Allen for a photo opportunity,” a spokeswoman said.

“It appears the members involved were caught up in the moment and standard protocols were breached.”

“This matter is now subject to internal processes.”