Home World What impact would an Argentine default have? 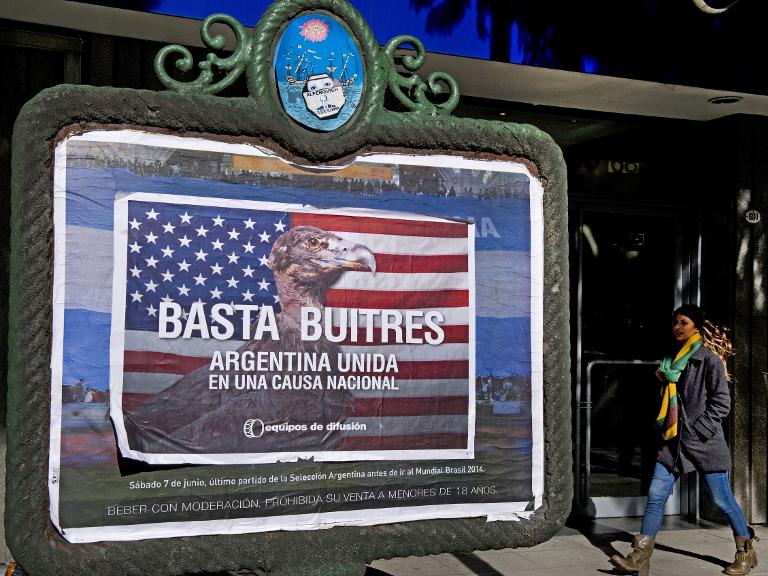 Under a US court order, Argentina has until Wednesday to either pay hedge funds demanding full payment on of its bad debts — or face a default that could have serious economic consequences.

With the July 30 deadline looming, the South American country has just days to deal with the fallout of its previous 2001 default, which plunged Latin America’s third largest economy into a crisis it is still battling to bounce back from.

It has persuaded 92 percent of its creditors to accept writeoffs of up to 70 percent, but is now facing a Catch-22: Under a ruling by a US judge, it cannot pay its other creditors without also paying the hedge funds; and under the restructuring deal, it is supposed to pay all its creditors the same.

If Argentina pays the so-called holdout groups — which it has branded “vulture funds” — 100 percent of the $1.3 billion it owes them, it could be forced to pay all remaining creditors in full, as well.

What would a default mean?

“On a day-to-day basis, it would be felt much less than in 2001,” said economist Juan Pablo Ronderos from Abeceb.com. However, he added, the situation would “become more complicated” for companies seeking to finance and pay for imports.

According to Ronderos, “Argentina would continue to pay the rest of its debt since it would be a selective default.”

Another consequence of a default would be to prolong Argentina’s exclusion from international capital markets. Argentina has been locked out of these markets since its 2001 default but hopes to be able to access them again.

What is a default?

“A country enters into default when bondholders, for whatever reason, cannot get to what is owed to them,” said former economics minister Guillermo Nielsen.

President Cristina Kirchner maintains that Argentina won’t enter into default because it has already deposited more than $500 million in an Argentine account of a US bank to make a principal and interest payment due on the restructured bonds.

But US District Judge Thomas Griesa has said that the bank in question, Bank of New York Mellon, cannot process the transaction because there was no simultaneous payment for the holdouts.

Argentina finished 2013 with an inflation rate of 28 percent and began 2014 with a currency devaluation of 18.6 percent, as well as an increase in public service costs and fiscal pressure.

The threat of a default, however, doesn’t seem to be the main focus of concern in the country, where citizens seem more worried about crime and inflation.

The country currently faces a recession with a 0.8 percent drop in GDP in the first quarter of 2014 compared with the same period a year earlier.

Still, in the event of a default, “everything going on in Argentina today could get worse,” warned Fausto Spotorno, director of the Orlando Ferreres Center for Economic Studies. The main concern is layoffs in a country with unemployment at 7.1 percent.

Spotorno warned that a default could force up interest rates for Argentinian entities borrowing US dollars and would reduce access to credit to support domestic commerce, slowing the economy.

International impact of a default?

The International Monetary Fund has warned that an Argentine default could not only hurt the country’s economy but also the global financial system.

Olivier Blanchard, the IMF’s chief economist, recently told reporters that “there’s a cost to the world in the sense that we need resolution systems which work well when countries are in trouble.”

Blanchard said the Argentina case means “there’s much more uncertainty as to how we’ll be able to restructure debt for others countries in the future.”

The IMF proposed an international debt restructuring mechanism in 2003 but the plan was abandoned under pressure from the United States, the institution’s largest stakeholder, and the major emerging-market economies.