Home World US Lawmaker asks Indian-Origin officials about Your Country 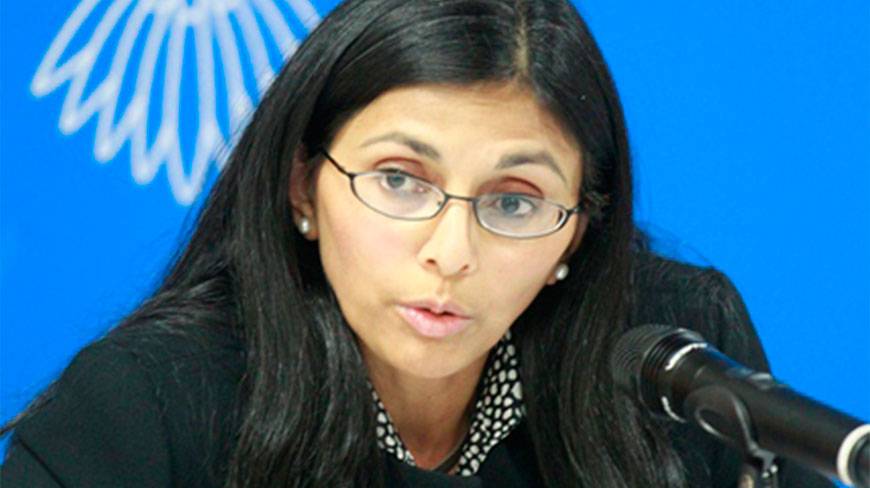 Washington:Â Â A freshman US lawmaker committed an embarrassing faux pas when during a Congressional hearing he mistook two top Indian-origin American officials as representing the Indian government, quizzing them about “your country” and “your government”.

Congressman Curt Clawson, who has now apologised for the gaffe, was giving his maiden speech during a Congressional hearing on India held by the House Committee on Foreign Affairs Subcommittee on Asia and the Pacific.

Assistant Secretary of State for South and Central Asia, Nisha Desai Biswal, and the Assistant Commerce Secretary for Global Markets, Arun Kumar, who is also director general of International Trade Administration’s US and Foreign Commercial Service, were testifying before the Congressional subcommittee on the Indo-US relationship under the new Indian government.

During the testimony, Clawson posed questions to Biswal and Kumar – both of whom are Indian Americans – as if they were representatives of the Indian government.

“I understand the complications of so many languages and so many cultures and so many histories all rolled up in one. But this is an awesome country with awesome potential and somebody that we need to be friends with and that we can trust, not just for security but what is also important to me is for economic development,” he said.

“Having invested tens of millions of dollars in India myself, I have a little bit of understanding of your challenges and the opportunities,” Clawson said and referred to his India experience.

The Republican lawmaker from Florida shared his bitter experience in India as a businessman.

“It felt like product from India can flow out but product into India cannot flow in easily. In today’s world where capital generally has no barriers, it didn’t feel like a totally modern system.

“And so therefore I was glad that I had a very good partner that could help us through it; otherwise, we may not have made the investments,” Clawson said as he praised his Indian business partner.

“As I see a new regime take hold in India, one who feels at least at the start to have a modern view of the world and a modern view of accounting, is this administration now committed to eliminating some of the currency regulations, import barriers, bureaucracies and controls that make business one-sided and difficult for those that want to invest?” Clawson asked.

Clawson said he is glad that Indian companies invest in the US.

“Only private investment produces good-paying jobs; governments do not. Capital votes by walking. So therefore, I would just like American businesses to have the same fair shake in India that Indian businesses have here,” he said.

“Just as your capital is welcome here to produce good-paying jobs in the US, I’d like our capital to be welcome there and there to be freedom of capital so that both sides are on the same territory. And I ask cooperation and commitment and priority from your (Indian) government in so doing. Can I have that?” Clawson asked the two bemused officials.

Clawson apologised for his blunder the next day.Â

“I made a mistake in speaking before being fully briefed and I apologise. I’m a quick study, but in this case I shot an air ball,” he said using a basketball analogy, having played the sport as a university student.

Ironically, Clawson has lived in India, has joint venture factories in Pune, understands Tamil and Telugu, and says Hyderabadi Biryani is his favourite dish!