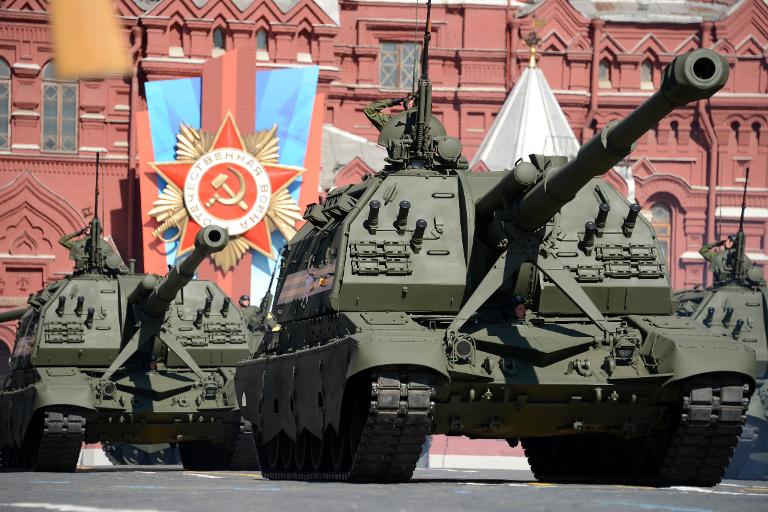 Russia has remained stoic about the threat of tighter Western sanctions over the Ukraine crisis, but analysts are concerned that the uncertainty they generate could alone choke off growth.

The downing of a Malaysian passenger airliner over eastern Ukraine on July 17, which was carrying mostly Dutch passengers, has hardened Western resolve to impose tighter sanctions against Russia.

Western leaders have accused the Kremlin of supporting separatists in eastern Ukraine, a charge Moscow denies, including supplying the missiles believed to have brought down Malaysia Airlines flight MH17 with the loss of all 298 on board.

The purpose of the sanctions is to force Moscow to use its influence with pro-Russian separatists to end fighting in eastern Ukraine.

The EU may as soon as this week restrict the ability of top Russian banks to raise funds in Europe, and ban new sales of weapons and much-needed technology for the energy sector.

The measures were a step up from the initial round of sanctions which targeted officials and business executives, and analysts expect even broader sanctions should the crisis in Ukraine drag on or escalate.

Russian officials have so far shrugged off the potential impact of sanctions.

After Washington announced its latest measures, Russian President Vladimir Putin said sanctions “have a boomerang effect” and the United States would suffer.

Russian officials announced this past week that instead of a slowdown they see the economy picking up. They will soon double the growth forecast, they said.

“We are moving at a level of about one percent annual growth in GDP … and are likely to stay there until the end of the year,” senior Kremlin advisor Andrei Belousov was quoted as saying by Russian news agencies.

The Russian economy expanded by 1.3 percent last year, a far cry from the five to 10 percent growth rates posted during much of the previous decade.

Growth was already seen at risk of slowing down, as spare capacity in the economy has been exhausted and the government has been slow to enact reforms needed to achieve further gains.

Russia lowered its growth forecast to 0.5 percent earlier this year after the first round of Western sanctions. Although the initial measures imposed in April were limited, the uncertainty they generated alongside Moscow’s annexation of Crimea and the violence in eastern Ukraine dented investor sentiment and sparked massive capital flight.

However, government officials believe that Russia has dodged a recession — two consecutive quarters of contracting output — and that data to be released soon will show the economy was flat in April through to June, after having contracted by 0.3 percent in the first quarter.

“The current sanctions will not have a macroeconomic effect, it is a problem for specific companies,” said Belousov.

But Russia’s central bank moved this past week to shield the country’s economy from the impact of sanctions, hiking the main interest rate by half a point to 8.0 percent, a move analysts saw as an attempt to forestall a resurgence of capital flight.

The International Monetary Fund, however, was not so sanguine about the Russian economy’s outlook, which it sees as likely to be brought to the brink of recession this year.

On Thursday, it slashed its growth forecast for Russia by 1.1 percentage point, to 0.2 percent, saying “activity in Russia decelerated sharply as geopolitical tensions further weakened demand”.

Analysts at London-based Capital Economics warned the widespread presumptions that Russia will prove resilient to any additional sanctions could prove complacent.

“Even if the direct impact of sanctions is limited, the indirect impact can be significant,” chief emerging markets economist Neil Shearing said in a recent research note.

He said that sanctions could spark another increase in the flow out of the country and deter a rise in foreign and domestic investment “that is needed to restore Russia’s economy vigour over the long-run.”

Berenberg bank recently lowered its forecast for the Russian economy this year to a contraction of 1.0 percent from its earlier estimate of 0 percent growth.

While Europe would have difficulty in cutting its imports of Russian natural gas, Russia needs massive investments and technology from Western companies to develop new oil and gas fields.

The sanctions being contemplated now by the EU could hit the Russian economy hard as the energy sector accounts for two-thirds of export earnings, according to data recently released by the US Energy Information Administration.

Russia, a leading grain exporter, could certainly put bread on the table in the unlikely case of wider sanctions hitting the food and agriculture sector.

But overall Russia imports over a third of its food, and also brings in large amounts of the seeds it needs.