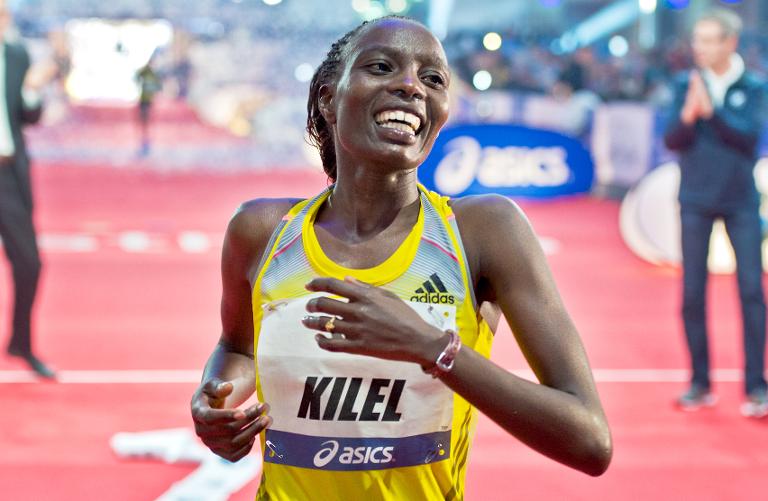 Usain Bolt and Mo Farah will be missing from the opening day of athletics at the Commonwealth Games on Sunday leaving the path clear for Kenya to grab the spotlight on the streets of Glasgow.

Stephen Chemlany, fourth in Berlin last year and with a personal best of 2:06.24, and defending champion John Ekiru Kelai are going for a one-two in the men’s marathon.

Kenya’s Caroline Kilel, who ran a personal best of 2:22:34 in the 2013 Frankfurt marathon, and Philes Ongori will likely be the two Kenyans pushing for victory in the women’s race.

At Hampden Park later in the day there is the final in the men’s 5000m, along with heats in both the men and women’s 100m.

In the absence of Farah, Uganda’s Moses Kipsiro has a better chance to defend his title in the 5000m, but will be up against a strong Kenyan duo in world bronze medallist Isiah Kiplangat Koech and Caleb Ndiku, the recently-crowned world 3000m indoor champion.

Richard Thompson, the 2008 Olympic silver medallist from Trinidad and Tobago, will seek to capitalize on the absence of Bolt to press his claims for 100m glory, as will Kerron Stewart after Jamaican teammate Shelly-Ann Fraser-Pryce opted, like Bolt, to compete only in the relay.

The battle between Australian duo James Magnussen and Cameron McEvoy for 100m freestyle gold takes centre stage in the pool.

World champion Magnussen was fastest in both the heats and semi-finals on Saturday and is out for revenge after McEvoy surprisingly beat him at the Australian nationals in April.

“I’m still holding a bit back, but that is to come out,” said Magnussen.

“It is hard to say where I am until I’m put under pressure, it wasn’t really that close so with Cam next to me tomorrow it will test me out a bit more.”

The flow of gold medals for Australia is expected to continue as the men defend their 4x200m freestyle relay title and Emily Seebohm looks to add to her 100m backstroke gold in the 200m backstroke.

England’s Fran Halsall will be targetting her second gold of the Games after winning the 50m freestyle in a Games record time on Saturday when she defends her 50m butterfly title.

There could be more English success when 100m backstroke medallists Chris Walker-Hebborn and Liam Tancock go in the 50m backstroke final.

On the last day of track cycling, Australia’s Anna Meares gets one more chance at Games history in the sprint.

Meares captured her fifth gold and seventh overall medal in the 500m time trial on day one.

One more gold makes her the highest winning track cyclist in Games history, while another medal of any colour ties her with Gary Anderson of New Zealand for the most Games track cycling medals.

The male sprinters get another chance at glory when they contest the keirin event while Australia look for a fifth successive gold in the women’s 25km points race.

Four-time champions New Zealand survived a scare against Scotland on Saturday to set up a quarter-final against Kenya in the rugby sevens.

“You’ve got to be quietly confident,” New Zealand skipper DJ Forbes said. “We’re not here to defend the title, we’re here to win it like everyone else.”

There are two more medal events on the fourth day of weightlifting, Indian duo Vandna Gupta and Ravi Kumar Katulu going for glory in the women’s 63kg and men’s 77kg categories respectively.

Katulu claimed 69kg gold in Delhi in 2010 and his step-up in weight sees him pitched against against promising young teammate Satish Kumar Sivalingam.

There are also four golds up for grabs in shooting while the women’s table tennis team event final will pit Asian rivals Singapore and Malaysia.