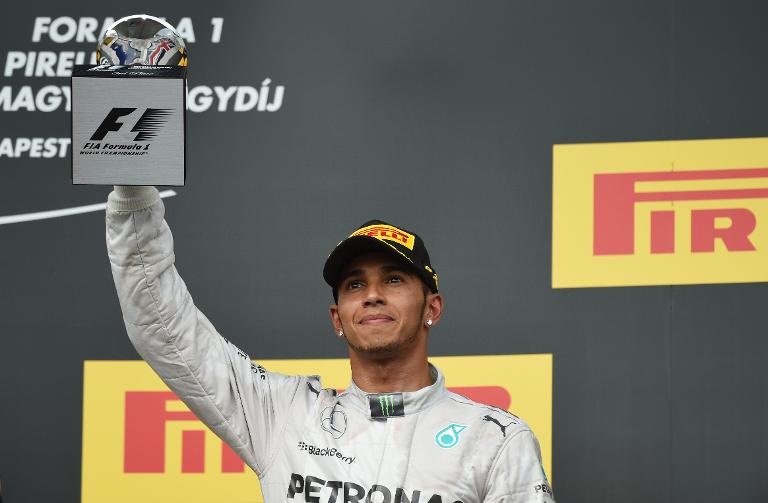 Lewis Hamilton said he was “very, very shocked” to be asked by his Mercedes team to move over and allow team-mate and title rival Nico Rosberg to pass him during Sunday’s tumultuous Hungarian Grand Prix.

The incident, one of at least two in which Mercedes tried to persuade Hamilton to help Rosberg, came after 47 laps of a 70-laps race won by Australian Daniel Ricciardo for Red Bull.

The two Mercedes drivers, who finished third and fourth, were on different strategies and Rosberg, on a three-stop plan, was using faster soft tyres at the time and had a further pit stop to make.

“Obviously I am aware that I was in the same race as him, just because he had one more stop than me doesn’t mean I am not in same race,” said Hamilton afterwards.

“If I let him pass, then he could pull away and come back at me later.

“I was very, very shocked that the team would ask me to do that. He didn’t get close enough to overtake, I was not going to lift off and lose ground to Fernando (Alonso) or Daniel (Ricciardo), so it was a bit strange.”

Hamilton had started from the pit lane and, after brushing the barriers at Turn Two of the opening lap made full use of his pure pace and two Safety Car interventions on a drying track to fight his way through the field.

Asked “not to hold him up” on lap 47, and reminded of the message on lap 52, Hamilton replied: “I’ll let him through if he gets closerâ€¦. I’m not slowing down for Nico.”

In turn, Rosberg asked via radio: “Why is he not letting me through?” In response he was told: “He’s had the message.”

This situation persisted for eight laps before Rosberg pitted for new soft tyres and a final charge.

Hamilton, who trimmed Rosberg’s championship lead from 14 to 11 points, said: “This is damage limitation. I was just pushing as hard as I could to get as high as I could.

“I cannot explain the pain you feel when you have issues such as I have had in last couple of races. It is difficult to swallow, and to come back next day and attack.

“You are pushing way beyond what you would do if you were on pole position. It feels satisfying coming through (and) to be ahead and still in the fight is still encouraging.”

Hamilton was seeking to complete a hat-trick of Hungaroring wins with a record fifth at the circuit and had dominated all three free practice sessions before his car burst into flames, caused by a fuel leak, in the opening minutes of Saturday’s qualifying session.

A week earlier in Germany, he crashed in qualifying after suffering a brakes failure at high speed.

Rosberg, who started on pole and led the opening nine laps, kept his composure afterwards, but was clearly irritated and said he could have passed Hamilton on the final lap when he had a clear tyres advantage.

“I had a chance on the last lap,” he said. “I’m very annoyed that I wasn’t able to make it happen. Lewis made a mistake, I tried around the outside but it didn’t work out.”

Rosberg, however, denied asking Mercedes to request Hamilton to allow him to pass.

“I didn’t want it. It was the team that informed me that he was going to let me past,” said the German.

“That was it. I don’t know what happened then. We need to discuss it internally. It would not make sense for me to speak about that now.”

Mercedes said it would hold a team inquiry. But Hamilton’s success trimmed Rosberg’s lead in the title race from 14 points to 11. The German now leads with 202, Hamilton has 191 and Ricciardo is third with 131.