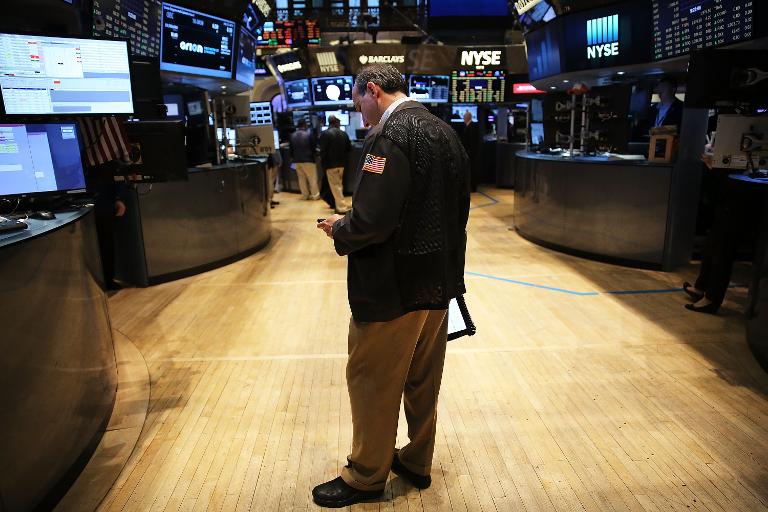 In a world still struggling to shake off the worst financial crisis for a generation, many economists are worrying that new asset bubbles are already threatening to derail the tepid global recovery.

Concern has been rising that investors are paying too much for securities in a search for good returns when interest rates are hovering near record lows, creating the bubble conditions for a new market crash.

The Bank of International Settlements warned at the end of last month that financial markets were running ahead of economic reality, and called for governments to stop new debt-driven overspending.

BIS general manager Jaime Caruana said as he presented the report: “During the boom, resources were misallocated on a huge scale, and it will take time to move them to new and more productive uses.”

Bond rates for European countries hit hard by the eurozone debt crisis, such as Greece, have slumped, showing investors do not see them as a risk despite their persistently weak economic growth, while equities have bounded to unprecedented levels.

Critics argue that is the fault of central banks, which have kept their rates at record lows and pumped their economies full of liquidity first to stave off recession and then to boost growth.

US share markets have posted successive new record highs over recent weeks, with the Dow Jones for the first time breaking the psychologically key 17,000 mark.

Weighed down by the political crisis in nearby Ukraine, European shares have been somewhat restrained in the last few days — although Germany’s main index, Frankfurt’s DAX 30, hit a record high this month.

Concern about asset bubbles is also spreading to property markets, with London real-estate now on average 20 percent more expensive than before the onset of the financial crisis, and even the government in Berlin concerned about high asset prices.

“We can’t just leave the avoidance of bubbles to government supervision,” he said, while his French counterpart Michel Sapin warned that “in parts of the property market there are signs that bubbles are forming”.

Earlier this month the head of the International Monetary Fund, Christine Lagarde, took a similar line, warning that financial markets were “too upbeat”.

Central banks have sought to calm concerns, arguing they need to keep rates low to stimulate tepid economic growth or, in the case of the European Central Bank, avert the risk of deflation.

The head of the ECB, Mario Draghi, said earlier this month that while markets were looking “frothy”, they do not present the systematic risks they did before the global financial crisis.

“We don’t have the general conditions that accompany the creation of systemic bubbles,” he told a European Parliament committee.

His comments came after the ECB unveiled unprecedented new measures in June to prevent the single currency area from slipping into deflation and boost lending.

US Federal Reserve Janet Yellen has also noted the concern about asset prices, saying she does not think stock markets are in bubble territory, despite the recent surge in all of Wall Street’s major indices.

Valuations were “not far above their historical averages, suggesting that, in aggregate, investors are not excessively optimistic”, she said in a semi-annual report to Congress.

But analysts warn it is central banks themselves which are fuelling asset prices by keeping their accommodative monetary policy in place for too long.

Rate increases by major central banks expected in the second quarter of next year may prove “too little too late” to stop markets from forming bubbles, argues Gabriel Sterne, head of global macro investor relations at Oxford Economics.

“The problem is not the abundance of liquidity but low interest rates,” said Anton Brender, chief economist at Candriam Investors Group.

“These rates are a signal that central banks themselves are telling investors not to place their money with them, and instead to take risks,” he said.

Ludovic Subran, chief economist of insurer Euler Hermes, warned that the United States is at risk because of its “financialised” public systems, and so “the challenge for Janet Yellen is to deflate the bubble without it exploding”.

In Europe, the risks are seen as far more localised than in previous crises.

Brender pointed out that rising property prices are not being accompanied by an explosion in credit as in the past, and that “there are clearly no bubbles” in Paris stocks, which are up less than four percent this year.