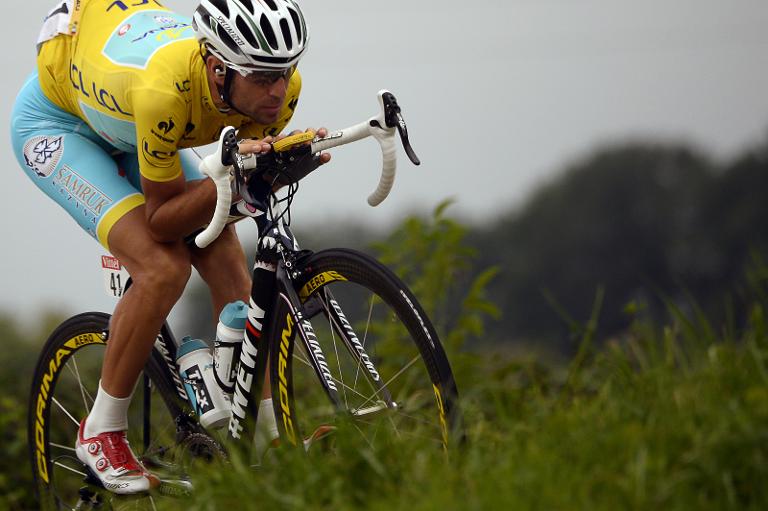 Vincenzo Nibali admitted he was superstitious but not to the point of wearing the same jersey throughout a three-week Tour.

The Italian has been favouring certain lucky jerseys during his domination of the Tour de France — in which he has been in yellow for all but two days — but he said social customs dictated that he had to change his shirt from time to time.

“I haven’t used only two, I’ve used a few more than that,” he said when asked about rumours he’d only used two jerseys throughout the Tour.

“Anyway, on hot days I had a lighter jersey but due to superstition I’ve tried to always use the same ones, although I’ve changed them a few times because they have to be washed but also for the sponsors’ logo to be clear.”

Nibali has been so dominant that he has won four stages this Tour and has never lost a single second on any stage to even one rival.

And he said he will be going great guns on Saturday to put in a good time-trial performance on the 54km race against the clock.

Despite an almost insurmountable 7min 10sec lead over second placed Frenchman Thibaut Pinot, Nibali said there was no question he would take it easy and avoid taking risks to ensure he doesn’t crash.

“It’s not a case of there being many risks and I have lots of time in hand,” he said.

“But I want to honour the jersey, my team, the Tour and everyone. It’s important to try to do well and I will ride the way the leader of the Tour should.”

Although Nibali is regarded by many as a credible champion who is above suspicion of doping, the 29-year-old Sicilian could not avoid such questions being asked.

The manager of his team, Kazakh Alexander Vinokourov, was banned for two years for blood doping during his career while Astana themselves had a poor record on that score for several years.

But Nibali defended Vinokourov, saying his team manager had already answered his accusers.

“I think he’s already done it and also he’s paid his dues with his ban and come back,” said the Italian.

“Now it’s clear for everyone that Astana is a totally new team.

“The whole organism has been changed and there is a new group of younger riders.

“It’s different to the past. You can say that Vinokourov is the team manger but the principal sponsors have tried to take a stance against doping with all their riders to create a proud name to carry around the whole world.”

Yet it wasn’t always the case.

Astana were asked to leave the 2007 Tour due to Vinokourov’s failed test and barred from the 2008 edition due to the numerous scandals.

Riders such as Andrey Kashechkin, Matthias Kessler and Eddy Mazzoleni failed doping tests while riding for the team.

Astana hired Lance Armstrong when he made his comeback to racing in 2009 and also took on his former sporting director from the US Postal team, Johan Bruyneel.

Both have since been disgraced after admitting to their roles in systematic blood doping — although Bruyneel hasn’t done so explicitly.

Alberto Contador was stripped of the 2010 Tour crown he won with Astana for doping while sporting director Giuseppe Martinelli current rider Michele Scarponi have both been accused of links to those involved in doping at previous points in their careers.

This Tour has so far not been tarnished by a doping scandal and Nibali said that can only be good for the sport.

“It’s not just important for me, it’s important for everyone, for the riders, for the fans, for the media writing stories every day in the newspapers for those who can’t be present on the Tour,” he said.

“It’s important for the spectacle, not just at the Tour but also other important races such as the Giro and the Vuelta.”