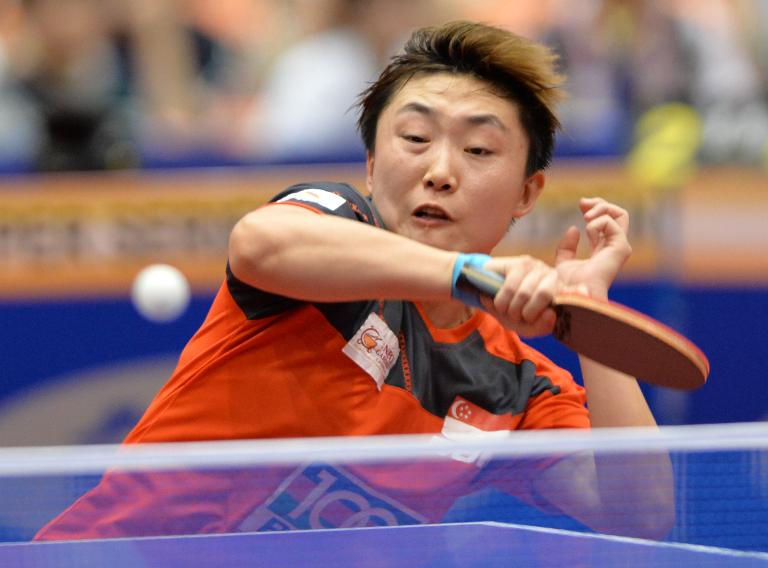 Singapore’s women made light work of their team quarter-final against Canada with a 3-0 victory but top player Feng Tianwei admits she must improve her game.

The world number four had been rested through the pool phase but struggled at the start of her match, with the first game of her singles match reaching 10-10 at one stage.

They now face India, who defeated New Zealand 3-0, in the semi-finals later on Saturday, with a potential final against second seeds Australia to come.

Australia beat Wales 3-0 in their quarter-final and they meet Malaysia, who pulled off the shock of the round with a surprise 3-2 win over third seeds England.

Feng believes Singapore can achieve a clean sweep of table tennis gold medals in Glasgow but insists there are plenty more teams than Australia pushing for the womenâ€™s team title.

Her immediate concern is getting used to the Scotstoun arena and she said: “It was relatively straightforward, but in the first game of my first singles match I had a few problems.

“I wasn’t used to the arena, as this is the first match I have played here.

“We’ve played against Australia once or twice but we’re not too familiar with them. There are many strong teams in the competition – England, India and New Zealand.”

“Of course we want to win gold. But taking games one at a time is still the best way to go. Whether we can do that depends on how we develop (during the competition).”

India’s Shamini Kumaresan accepts her team face a difficult task and she said: “It is very tough. We are playing world champions. They are world class experienced stars.”

England’s 15-year-old Tin-Tin Ho was beaten in the decisive final game of the quarter-final against Malaysia and left the arena in tears.

Despite the 3-0 win over Wales, Australia coach Jens Lang is looking for more from his team.

He said: “We’re just really happy to be in the semi-finals. We had one close match and we had our backs to the wall but in the end it’s a 3-0 victory.

“It’s a high pressure environment. People can look good in training and then they could go out here and it goes wrong.”

The men’s quarter-finals, with top seeds Singapore in action against New Zealand, will be completed later on Saturday.