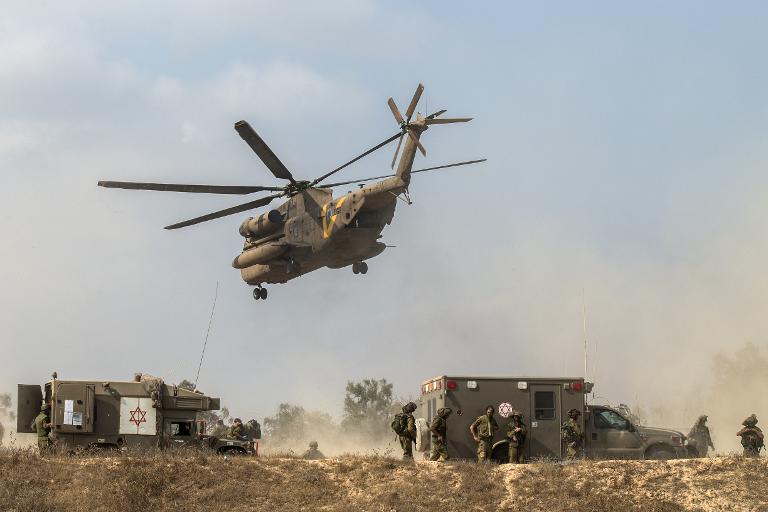 “The security cabinet has unanimously rejected the ceasefire proposal of Kerry, as it stands,” Channel 1 said, adding ministers would keep discussing it.

Kerry met UN chief Ban Ki-moon and Egypt’s foreign minister on Friday as pressure mounted for a ceasefire to end an 18-day conflict that has killed more than 800 Palestinians and 37 people on the Israeli side, 34 of them soldiers.

Kerry’s proposal reportedly involved an initial truce to be followed by negotiations on a final deal by delegations from all the parties.

A senior Hamas official, Izzat al-Rishq, said on his Facebook page after the Israeli rejection that the movement was “studying the seven-day humanitarian ceasefire call,” without elaborating.

Hamas, the main power in Gaza, previously rejected an initial ceasefire proposal, demanding a full settlement before it stopped shooting, but international mediation efforts have gathered pace in the past few days.

Kerry, who spent another night in Cairo reaching out by telephone to regional officials, met Ban and Egyptian Foreign Minister Sameh Shoukri for around half an hour.

He later went into a one-on-one meeting with Ban, who has also been shuttling around the region.