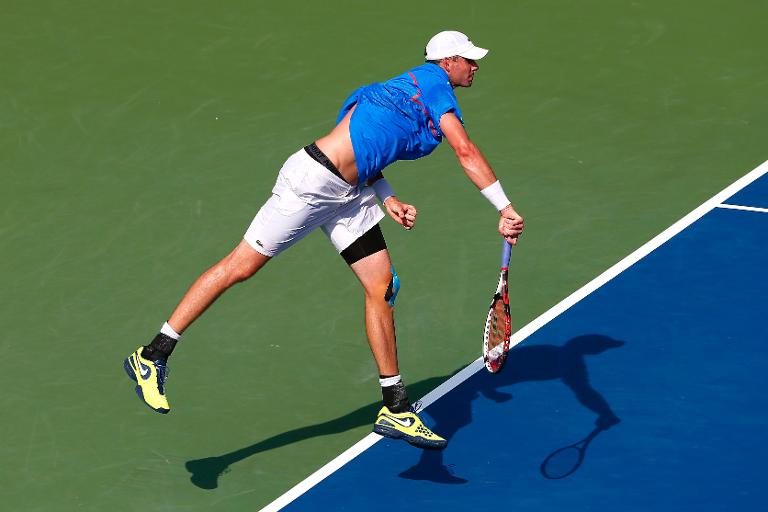 A day after Isner fired 30 aces and still had to fight off two match points in a second-round win over Robby Ginepri, the towering American fired 17 aces and won 84 percent of his first-serve points in his win over Matosevic.

Isner was broken in the first game of the match, but kept his composure to take the opening set in a tie-break, saving a set point along the way.

He converted two of his own five break chances to seal the win, breaking for a 4-3 lead in the second set and pounding an ace on his first match point.

“The beginning of the second set it felt like someone put us in the oven. It was rough. There’s only one option for me there: play big and play aggressive. A lot of times it works out.”

Isner, the champion in Atlanta in 2013 and runner-up to Mardy Fish in both 2010 and 2011, will face fellow American Jack Sock for a place in the final.

Sock, enjoying the best season of his career, was in his fifth quarter-final of 2014.

“I had a pretty rough start,” Sock said. “He came out keeping the ball really deep, keeping me off the baseline and out of my forehand. I broke back for 5-4 and the momentum shifted in my favor.”

Sela notched his 100th tour-level match win and reached the fifth ATP semi-final of his career.