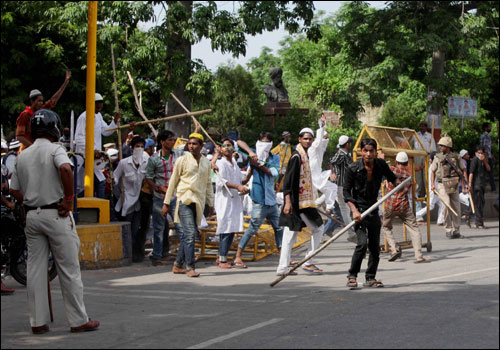 Lucknow: Violent clashes broke out in Saharanpur on Saturday over a land dispute as two groups fought pitched battles, fired at each other and burnt several vehicles, said police. Five policemen were injured in the violence.

Traffic on the national highway connecting Ambala was thrown out of gear as protestors went on the rampage. District officials said curfew has been clamped in Saharanpur city.

Over two dozen shops and vehicles were gutted. A dozen persons have been arrested for inciting violence over the land dispute.

Sources said the brawl began with a verbal spat over a Gurdwara and some construction taking place adjacent to it.

Sources in the home department said the tense situation was now under control.