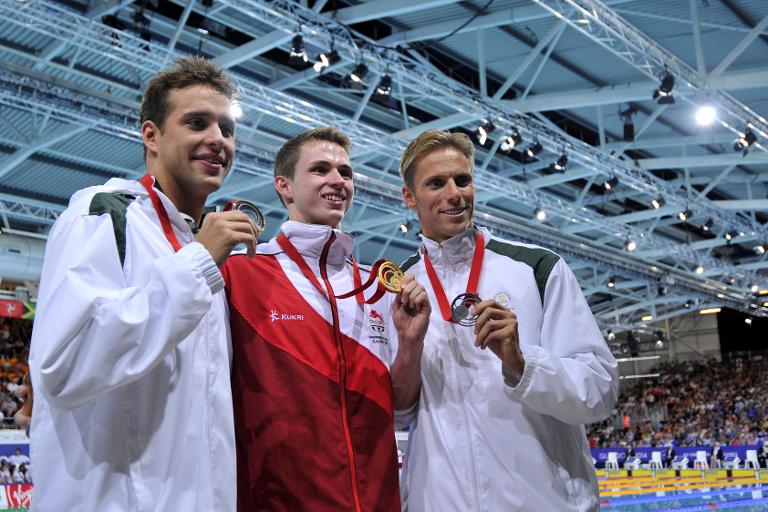 Australia continued to dominate the Commonwealth Games swimming competition with four more golds on Friday while Wales were sent reeling by a second doping shock.

Australia’s men’s 4x100m freestyle relay team retained their title ahead of South Africa and England to claim their seventh victory from a possible 14 events.

Leiston Pickett became the first swimmer to retain a 50m Commonwealth breaststroke title, while there was an Aussie one-two in the men’s 200m freestyle as Thomas Fraser-Holmes edged out Cameron McEvoy with Calum Jarvis claiming Wales’ first medal of the meet in third.

There was also a world record for Maddison Elliott in the women’s para-sport 100m freestyle S8 ahead of England’s Stephanie Slater and another Australian Lakeisha Patterson.

The biggest cheer of the evening was definitely reserved for Wallace as he won Scotland’s third swimming gold in two days following the success of Hannah Miley and Ross Murdoch on Thursday.

Wallace admitted he had been inspired by the film “Braveheart” as he edged out Fraser-Holmes and Canada’s Sebastien Rousseau.

The 21-year-old could be seen bellowing “freedom” after touching the wall to seal the win, just as his namesake William Wallace does in the film.

“I just screamed ‘freedom’ at the top of my lungs because just being here in front of a home crowd just brought out the Braveheart inside of me,” he said.

“I watched it just last week to get ready for this. It’s such a Scottish thing. It warms my heart.”

It was the first time that a country other than Australia or New Zealand had won this event.

Sam Webster claimed gold for New Zealand in the men’s sprint final for his second gold of the Games following his victory in the team sprint on Thursday.

Meanwhile, Wales were hit by a second doping shock.

The 30-year-old Williams, who had been named co-captain of his country’s team and had been due to have run in the 400m hurdles, said he had been left “devastated” by the news of his positive test.

“I am utterly devastated about the news of this anti-doping rule violation, which has come as a great shock to me,” he said.

Eight-time Olympic hockey champions India opened their bid for a first Commonwealth men’s gold with a 3-1 win over Wales.

New Zealand started their campaign for a third successive netball gold with a nervy 50-47 win over Malawi.