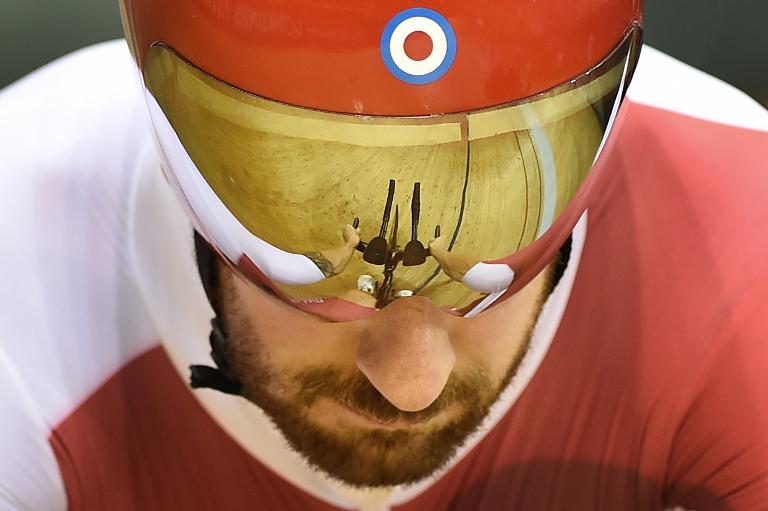 Bradley Wiggins has set his sights on claiming gold at the Rio Olympics in 2016 after losing out to Australia in the final of the men’s team pursuit at the Commonwealth Games.

The Australian quartet of Jack Bobridge, Luke Davison, Alex Edmondson and Glenn O’Shea set a new Commonwealth record on their way to beating England to add the title to the World Championship they claimed in Colombia in February.

Wiggins, making his return to track cycling for the first time since 2008, couldn’t inspire his team-mates of Ed Clancy, Andy Tennant and Steven Burke to victory as the 34-year-old collected the fourth silver medal of his Commonwealth Games career.

Four-time Olympic champion Wiggins only made the decision to compete in the Games four weeks ago after being dropped by Team Sky for this year’s Tour de France.

And the 2012 Tour de France winner says he will focus on the track as he aims to claim a fifth Olympic gold in Rio and suggested that his road cycling days were behind him.

“The road is quite cut-throat. The track feels more like a family and a closer-knit group of people.”

He added: “That will probably be it for the Grand Tours. I can’t imagine doing that now.”

Wiggins believes that a track gold in Rio is possible despite another silver in Glasgow.

“I think weâ€™re disappointed but in hindsight we will look back on this and think this was the start of things for us,” Wiggins said of their defeat to Australia.

â€œOver the next two years Rio is the goal and weâ€™re going to work back from that target.

â€œIt takes four people to be on a par and weâ€™ve all had such different preparations this year. I think thereâ€™s a lot of positives to take from it but weâ€™ve definitely got some work to do.

â€œCatching the Australians is not going to be easy, weâ€™ve got our work cut out because they set the standard once again. But weâ€™ve been in that position before and itâ€™s not a bad position to be in.

â€œTwo years is definitely enough time to get to that standard. I mean we put in two world class rides there with just four weeks together to prepare for it.

â€œI certainly answered the questions whether I can still do it or not but I still think there is a lot more room for improvement. Itâ€™s going to take a lot more dedication to the track ahead of Rio.”

Australia dominated from the start and finished five seconds ahead of the English in a time of three minutes 54.851seconds.

“We knew we were well ahead going into the final laps and we just put our heads down and started chasing them,” Edmondson said.

“We were probably a little bit quicker than we thought we would be.”

Australian track legend Anna Meares won the first gold of the day as she retained her title in the women’s 500m time trial with a new Commonwealth record.

Another Games record was set by New Zealand trio of Ethan Mitchell, Sam Webster and Eddie Dawkins as they collected gold in the team sprint final ahead of England’s Jason Kenny, Philip Hindes and Kian Emadi.

Australia claimed bronze ahead of Malaysia.

Australia’s Brandie O’Connor and Breanna Hargrave picked up the bronze.