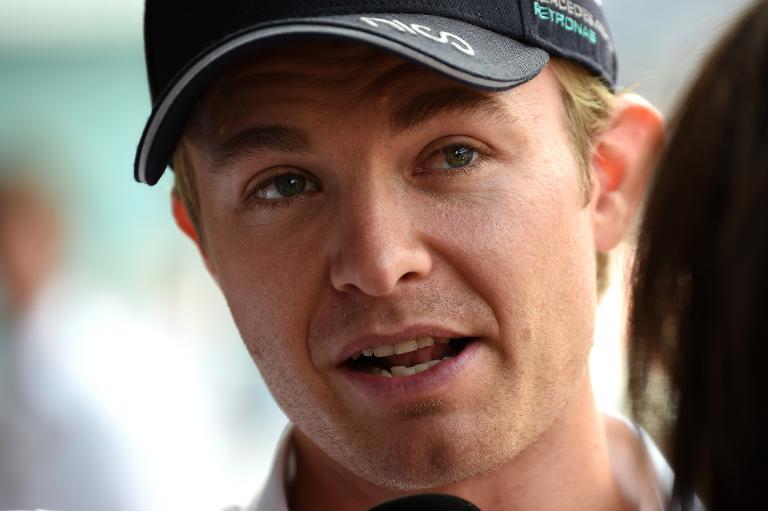 Nico Rosberg on Thursday addressed the delicate balancing act he and Mercedes team-mate Lewis Hamilton face in fighting their duel for the driversâ€™ title but at the same time racing for the same employer.

As Hamilton, seeking to complete a hat-trick for a record fifth win in the Hungarian Grand Prix this weekend, rejected all suggestions that he would start the race as favourite, Rosberg was in full diplomatic mode.

â€œWe need to find the balance because in the first instance we’re racing for Mercedes, representing Mercedes and want to do a good job for them,” said Rosberg.

â€œWe’re also representing the thousand plus people â€“- my colleagues -â€“ at the factory who have families who depend on us. So we need to work as a team, but there comes a point where you want to beat the other guy. It’s a fine line.â€

Asked if their respectful, competitive relationship might change once Mercedes have won the constructorsâ€™ title, he said: â€œHopefully not because then we’ll be taking each other out if we change it anymore.”

Looking ahead to this weekendâ€™s contest, Rosberg stressed he wants only to build on his 14-point lead over Hamilton in the title race.

â€œI’m just here to extend my championship lead. That’s the goal and it ends there, there’s nothing else beyond that.â€

Hamilton said much the same. “It’s not any more important than any other race,â€ he said. â€œI take every race as seriously as any other.

â€œThis race is an opportunity to gain. I’m chasing, I’ve been on the back foot since race one and I’m enjoying that battle.

â€œIf I can close up the gap at all this weekend then that would be a huge positive going into the break and into the second half of the season when it’s time to attack.”

Having won in 2007, 2009, 2012 and 2013, Hamilton could overhaul Michael Schumacher as the most successful driver at the Hungarian Grand Prix if he wins again.

“I don’t really have an answer as to why things have gone so well here over the years,â€ he added.

â€œIt’s a great circuit. I really do enjoy driving it. Maybe it does suit my driving style more than perhaps some other circuits.

â€œOr maybe it’s luck I don’t know. Let’s see this weekend. As you know I’ve not had a lot of luck this year. If I’m still up ahead then you know it’s not luck and it’s down to driving style.â€