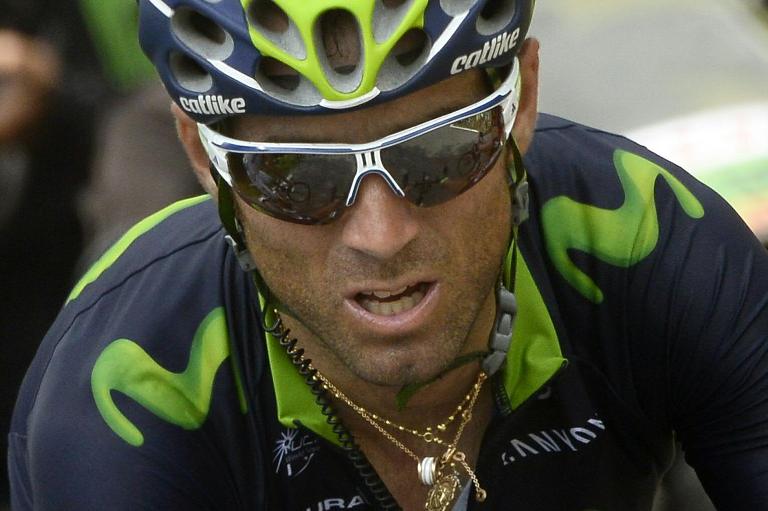 Alejandro Valverde said he needs to recover quickly if he is to reclaim a place on the podium before the Tour de France ends in Paris on Sunday.

The 34-year-old Spaniard dropped from second to fourth at the end of Thursday’s last of three Pyrenean mountain stages.

All that remain in this year’s Tour are Friday’s pancake flat 208km 19th stage, Saturday’s 54km individual timetrial and then Sunday’s procession to the Champs Elysees.

Realistically it means the only chance to turn things around will be Saturday’s race against the clock, and Valverde says the most important thing for that is to recover physically, and quickly.

He had started Thursday’s stage in second place with a 34sec advantage over Thibaut Pinot but he lost 49sec to the 24-year-old Frenchman.

But Valverde remains hopeful of finishing the Tour on the podium.

“There’s nothing in it and I’m happy to still be in the fight,” said the former Vuelta a Espana winner.

“With a difference of 15sec everything is still possible. If I have good legs I can take back second place.

“I feel tired but in the timetrial what matters is physical condition and having a good day.

“I’ve prepared for this challenge so we’ll see what the day brings.”

Elder statesman Peraud, 37, said he had been on the ragged edge trying to hang onto Pinot’s wheel on the final Hautacam climb Thursday.

He is widely regarded as the best of the three against the clock and he knew he was riding himself into a probable podium finish.

“Now it’s all to do in the timetrial. I believe (in a podium finish) but I was really running on empty,” he said.

“I was thinking about the podium and a possible second place and I told myself: ‘you mustn’t let Thibaut go’!”

Pinot, who is the least adept in timetrials, said the time gaps mean almost nothing now, but he at least has twin goals to aim for.

He leads the white jersey competition for best young rider by more than two minutes to French compatriot Romain Bardet.

“The objective is to win the white jersey and get on the podium but it will be a tough battle for the podium between Peraud, Valverde and me,” he said.

“And with just 15sec separating us, you might as well say we’re level.

“But I’ll take every second I can and I’ll fight and hope not to finish fourth and off the podium.

“Second now is good but the important thing is where I am on Sunday night.”

Bardet had a tough day Thursday and lost 39sec to American Tejay Van Garderen in the battle for fifth.

The AG2R rider is not a specialist against the clock and knows that his 2:07 gap to Van Garderen might not be enough.

“I wanted to avoid losing time to Van Garderen ahead of the timetrial so from that point of view it was not mission accomplished,” said the 23-year-old.

As for race leader Vincenzo Nibali, he emphasised his dominance Thursday with his fourth stage victory, and fifth on a summit finish.

He stretched his gap over second placed Pinot out to 7:10, the biggest margin between the top two since Jan Ullrich beat Richard Virenque by 9:09 in 1997.

The Italian should face a calm day Friday, though, as the sprinters’ teams will likely look to control any breakaway and get their riders into a position to win the stage.

Their opportunities have been few and far between since the race entered the Vosges 10 days ago, before moving on to the Alps and Pyrenees.