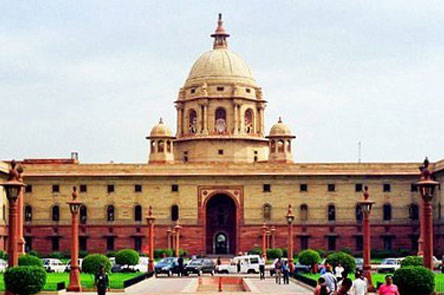 New Delhi: In the new guidelines issued by the Government of India for empanelment as Joint-Secretaries qualities such as general reputation, merit, competence, leadership and a flair of participating in the policy making process are taken into account.

Here are 10 things about the revised guideline of joint secretary empanelment from a pool of officers belonging to All India Services and Group â€œAâ€ Central services.

1.Â Officers who have rendered 17 years of service in Group â€œAâ€ service are eligible.

2.Â For evaluation, the ACRs of 10 years are taken into account.

3.Â In case 10 ACRs are not available for the period due to the officer being in study leave or any reason beyond the officerâ€™s control, at least 8 full years ACRs would be taken into account by considering the ACRs for a maximum of 3 years immediately preceding the period.

4.Â If the ACRs of an officer are missing for 3 or more years during the 10 year period due to his being on leave other than study leave, his empanelment would be deferred until the officer earns one more ACR for a gap of less than 4 years and two more ACRs for a gap of 4 years or more.

5.Â According to the guidelines, â€œempanelment should be considered not as a reflection of the intrinsic merit or otherwise of an officer but the suitability of an officer to occupy senior levels in the Central Government.â€

7.Â There are separate expert panels for empanelment of joint secretaries. The expert panel will give their own assessment of the grading of officers for each year, which will then be taken into account by the Civil Services Board for making recommendations.

8.Â The Civil Services Board takes into account such qualities like general reputation, merit, competence, leadership, and a flair of participating in the policy making process.

10.Â â€œVigilance deniedâ€ officer shall not be empanelled, which means that they exhaust their first chance of empanelment. The cases of officers who have defaulted in filing property returns shall also be treated as “vigilance denied”, for a period of one year for every default.