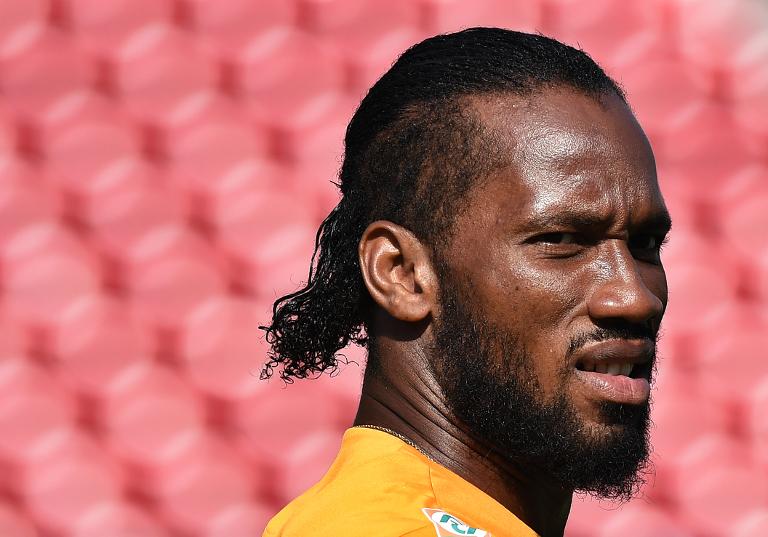 Premier League giants Chelsea announced on Friday that their former striker Didier Drogba has returned to the club on a one-year contract.

Citing the influence of manager Jose Mourinho, Drogba told the club website: “It was an easy decision. I couldn’t turn down the opportunity to work with Jose again.

“Everyone knows the special relationship I have with this club and it has always felt like home to me. My desire to win is still the same and I look forward to the opportunity to help this team.

“I am excited for this next chapter of my career,” added Drogba, who was pictured on the club website posing with Chelsea’s new home shirt.

Drogba, 36, was a free agent after leaving Turkish side Galatasaray at the end of last season.

The Ivory Coast star scored 157 goals for Chelsea over an eight-year period and left the club in 2012 shortly after scoring the winning penalty against Bayern Munich in the Champions League final.

“He’s coming because he’s one of the best strikers in Europe,” Mourinho said.

“I know his personality very well and I know if he comes back he’s not protected by history or what he’s done for this club previously. He is coming with the mentality to make more history.”

Mourinho brought Drogba to Stamford Bridge from Marseille in a Â£24 million ($40.7 million, 30.3 million euros) transfer in 2004 during his first stint as manager.

The burly, powerful centre-forward went on to become one of the greatest players ever to have played for the west London club.

He was instrumental in three Premier League title successes and also won four FA Cups and two League Cups, in addition to the Champions League triumph at Bayern’s Allianz Arena.

In total he has made 341 appearances for the club, scoring nine cup-final goals, and was voted Chelsea’s greatest ever player in a 2012 fan poll.

After leaving in 2012, he played for Chinese club Shanghai Shenua before joining Galatasaray on an 18-month deal in January 2013.

An Ivory Coast great, he played in all three of his country’s matches at the World Cup in Brazil, leaving him with 104 caps and 64 international goals to his name.

Mourinho can also call upon Fernando Torres and Romelu Lukaku, who has returned from a season-long loan at Everton, but Demba Ba and Samuel Eto’o have both left the club.

British media reports suggested Drogba could be offered a coaching role at Chelsea, but Mourinho said that he was returning to the club to play.

“If you bring him back, it is not because he is Didier or scored the most important goal in the history of Chelsea, or because I read I need an assistant, no,” the Portuguese told the Friday editions of several British newspapers, before Drogba’s return had been confirmed.

Mourinho said that Drogba was returning because “as a player he has qualities to make the team stronger”.

He added: “(Chelsea owner Roman) Abramovich is very intelligent and he feels that people belong to the club. We feel that Didier belongs to us.”