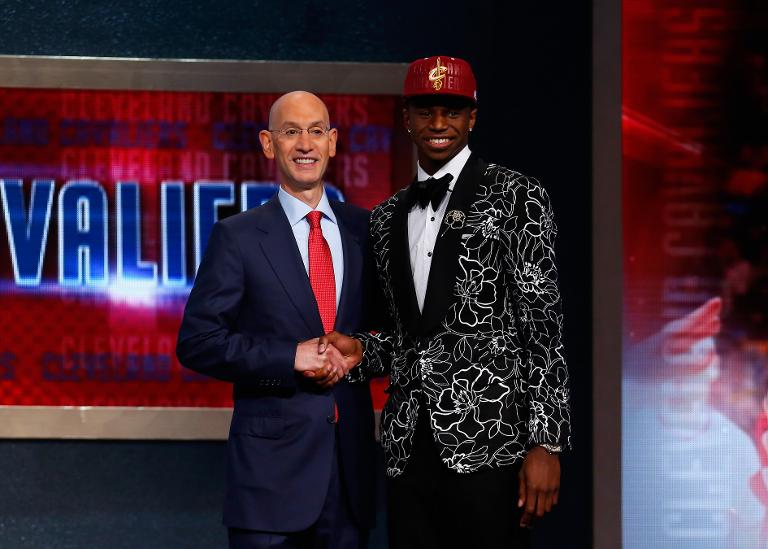 The Cleveland Cavaliers signed top NBA draft pick Andrew Wiggins to a contract on Thursday, a move that means they won’t be able to trade the talented teen for at least 30 days.

Wiggins, 19, was taken first overall by the Cavaliers in last month’s draft, which was widely considered one of the most talent-laden ever.

But he has been linked to rumors that he could be part of a trade deal to acquire All-Star big man Kevin Love from the Minnesota Timberwolves.

The Cavaliers gained some room under the salary cap for a possible deal for Love on Tuesday, when they obtained guard John Lucas III and forwards Malcolm Thomas and Erik Murphy from Utah for second-year guard Carrick Felix, a second-round pick in next year’s NBA Draft and $1 million.

All three players who went to Cleveland have contracts that are not guaranteed for next season.

However, now that he has signed his rookie contract, he can’t be dealt until August 24, which could give another team a chance to scoop up Love in a trade.

Wiggins was named the Big 12 conference’s Freshman of the Year after averaging 17.1 points and 5.9 rebounds per game in his only season for Kansas, helping the Jayhawks win the regular-season conference championship.

He was the fourth overall number one selection to go to the Cavaliers in the last 12 years, beginning with the selection of LeBron James in 2003.

League superstar James announced this month that he was returning to Cleveland after four seasons with the Miami Heat.

Landing Love to team with 2012 Olympic gold medal teammate James and talented young guard Kyrie Irving would give the Cavaliers a “Big Three” to rival what James enjoyed with Dwayne Wade and Chris Bosh in Miami, where he led the Heat to two titles and four NBA finals before announcing his return to Cleveland.