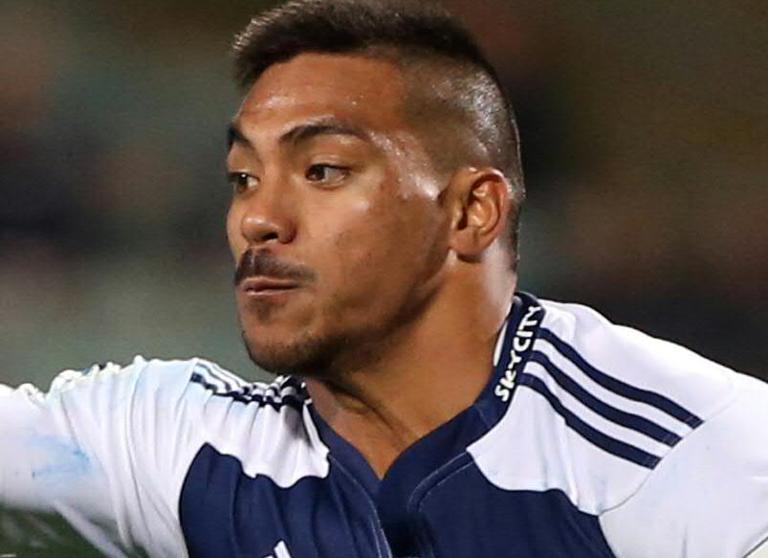 New Zealand playmaker Pita Ahki said Friday he envisaged “bigger” rugby union names coming on board after sevens was included in the Rio Olympics in 2016.

A surge in 15s stars to the abbreviated game has long been predicted ahead of Rio, albeit alongside warnings from sevens coaches that a certain period of embedding would be required to fully prepare players.

“I think we will see that from other countries as well.”

Ahki will be a key member of a New Zealand team bidding to maintain their remarkable 100 percent record in Commonwealth sevens, with four consecutive titles already banked.

“It’s been going well,” the Blues player said of preparations for Glasgow, where the sevens will be held at Rangers’ Ibrox Stadium.

“We had a week over in Amsterdam where we played training games against two teams there. We had a recovery day yesterday and now we’ve got the captain’s run.”

Ahki, a World Cup Sevens winner in Moscow last year, said there would be no under-estimating Pool A opponents Canada and Scotland, the latter having brought in full internationals Stuart Hogg and Sean Lamont.

“It’s a pretty tough group,” he said. “Canada have been good this year and Scotland at home is always going to be tough.

“They have got some Six Nations boys in their team now too so we’re expecting it to be hard.”

Ahki also admitted to feeling pressure for New Zealand to continue their dominance in the event.

“Yes, there is lot of pressure and expectation on us going into this tournament, but the boys don’t really think about it too much,” he said.

“Gold is what we’re aiming for and we know the steps we have to take to get it. There are some big rugby nations playing at this tournament but it will be down to who shows up on the day.”

The inclusion of rugby sevens in the 2016 Olympic Games was hailed by the IRB as a “defining moment”, world rugby’s governing body arguing that the abbreviated form of the game was a portal for many people in non-traditional markets into the more complex 15-a-side version.

Rugby sevens’ inclusion at the Rio Games also opens the way for a release of funds through national Olympic committees with the intent of those countries to compete globally.

The beauty of sevens, a high-octane game played on a full pitch over two seven-minute halves and involving first-class skills and handling, and some of the speediest players in the sport, lies in its spectacular simplicity.

The added inclusion of a host of top-drawer 15-a-side players wanting to bid for Olympic gold would further boost the sport.

IRB president Bernard Lapasset hailed the tickets sales for the sevens in a city where football is king, although there is a proud heritage of rugby in other parts of Scotland.

“Once again the Olympic sport of rugby sevens is one of the hottest tickets at the Commonwealth Games, reaching out to new and existing fans with its winning blend of world class players, breath-taking matches and festival atmosphere,” Lapasset said.

“With Ibrox the stage for some of the biggest names in rugby sevens to showcase their talent, Glasgow 2014 has all the ingredients to write another unforgettable chapter in the Commonwealth Games Rugby Sevens success story. I am sure it will be a spectacular event.”