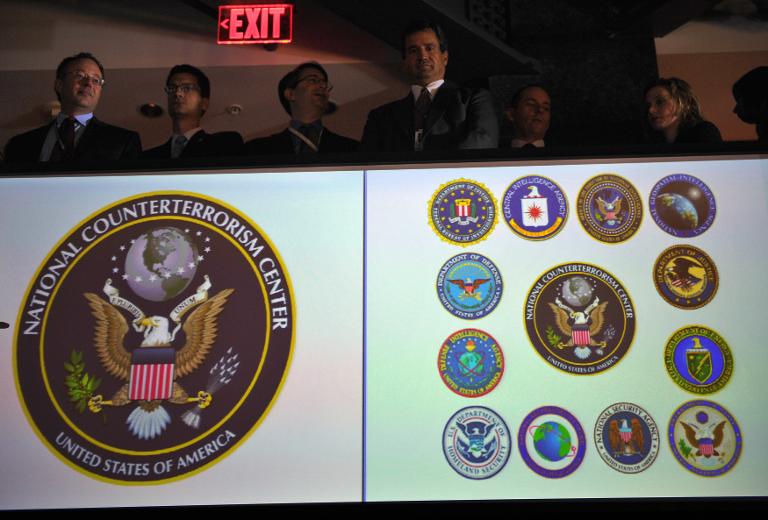 US authorities can place Americans and foreigners on a terrorist watch list indefinitely on the basis of vague rules without concrete evidence, according to a leaked government document.

Once blacklisted, individuals have no way of finding out why they are deemed suspicious and even dead people’s names remain on the list, under secret guidelines set out last year by the National Counter-Terrorism Center (NCTC), which were published for the first time by The Intercept news website.

The new rules introduced by President Barack Obama’s administration represent an expansion of the US government’s power when it comes to designating suspected terrorists, laying out broad criteria for adding names to the blacklists, The Intercept reported.

Individuals added to the watch lists can be banned from flying — under the “no-fly” list — or subjected to additional searches and security screening at airports and border crossings.

The rules say government agencies can place a name on the watch list based on a “reasonable suspicion” but not on “unfounded suspicion or hunches,” according to the 166-page document, titled “March 2013 Watchlisting Guidance.”

“Although irrefutable evidence or concrete facts are not necessary, to be reasonable, suspicion should be as clear and as fully developed as circumstances permit,” it said.

Social media postings on Twitter or elsewhere can be considered as supporting evidence, and “should not automatically be discounted,” it said.

An agency can propose to add a person to the watch list based on a “single source” of information, “even if that source is uncorroborated.”

Under the rules, a single White House official, the US president’s top counterrorism adviser, has unilateral authority to move a person or whole “categories of people” to a high-priority black list reserved for the most dangerous suspects.

Such a move is referred to as a “threat-based expedited upgrade,” and it can last up to 72 hours before it is reviewed by other senior officials.

It remains unclear precisely who has been the focus of the “upgrade” authority, and whether the criteria have included American citizens or legal residents.

The watch lists, which became a priority after the attacks of September 11, 2001, have long been criticized as arbitrary and unwieldy.

But US authorities took a tougher approach after Al-Qaeda militant Umar Farouk Abdulmutallab tried to blow up an airliner bound for Detroit on Christmas Day 2009, with an explosive hidden in his underwear.

The Nigerian’s name appeared on a watch list but he was able board a passenger plane headed for the United States, prompting Obama to call for a review of the watch lists.

A civil court case recently revealed that the watch list has dramatically grown in the wake of the Christmas Day plot, with the government adding 1.5 million names to the blacklist since 2009.

The court case also showed that when agencies “nominate” individuals for the watch list, other government agencies rarely reject the proposed additions. Only about one percent of more than 460,000 nominations were vetoed in 2013.

“Instead of a watch list limited to actual, known terrorists, the government has built a vast system based on the unproven and flawed premise that it can predict if a person will commit a terrorist act in the future,” said Hina Shamsi, director of the American Civil Liberties Unionâ€™s national security project.

Shamsi accused the government of offering virtually no recourse to someone trying to clear their name.

She said the “governmentâ€™s watch list ‘redress’ system wonâ€™t confirm or deny watchlisting, and doesnâ€™t provide reasons or a hearing to clear a person’s name of terrorism stigma.”

The NCTC, which would not confirm the document’s authenticity, defended the watch list as a useful tool in preventing terror attacks and that it was frequently reviewed.

“Before an American may be included on a watch list, additional layers of scrutiny are applied to ensure that the listing is appropriate,” said a spokesperson for the center, who gave a statement on condition of anonymity.

Suspects who reportedly die are kept on the watch list “to prevent the fraudulent reuse of their travel documents — a demonstrated terrorist tactic,” the official said.

The leaked document represented a journalistic exclusive for The Intercept, a news site recently launched by Glenn Greenwald, the former Guardian columnist.

Wednesday’s report on the watch lists made no mention of Snowden as the source of the NCTC document.