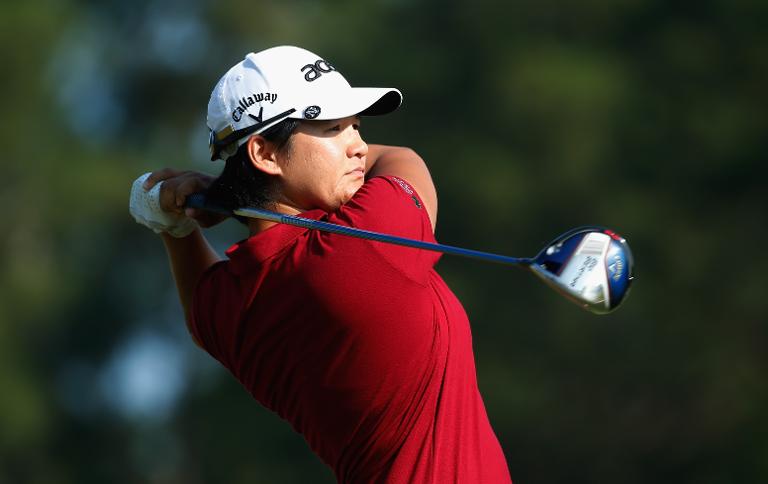 Former world number one Tseng Yani hopes a chance to play for her country and inspiration from young LPGA stars can revive the form that won her five major titles.

Tseng leads Taiwan against the United States in Thursday’s opening matches at the $1.6 million International Crown, an eight-team showdown of four-woman squads for global bragging rights.

“It’s so exciting,” Tseng said. “I just feel very honored to be representing Taiwan. Golf is very lonely but now we play as a team. It feels great.

“I just can’t wait to go on Thursday and try to kick some butt.”

Tseng and Phoebe Yao will face world number one Stacy Lewis and US teen star Lexi Thompson, who won her first major title at this year’s Kraft Nabisco Championship, in a pivotal first match.

“This week I feel more important. I want to play well for my country and for my teammates. I just think it’s even bigger this week,” Tseng said.

“I just hope I don’t cry on the first tee when I hear my country’s song.”

“I just keep putting too much pressure on myself,” Tseng said. “The result, the score, the ranking, I try to forget about that, but it’s just really hard.

“I don’t focus the right way, I just think too much. I kind of doubt myself a lot when I play in the tournament. But I just need to trust more, because I’m doing so good on the range, the practice round, and I just need to really let it go and forget about everything else.

“Forget about who I am, just play like a kid and enjoy every shot I do. Doesn’t matter if it’s good or bad, but always just be myself and just try to have fun.”

At 25, Tseng finds herself learning from teen stars such as Thompson, New Zealand’s Lydia Ko and 18-year-old Minjee Lee, the world’s top-ranked amateur playing this week for Australia.

“You feel like they’re so enjoying everything they do out there. I want to get back to that,” Tsneg said. “When I watch them play, I feel like the same as when I played on my rookie year when I was winning the tournament, when I was world number one.

“But now I don’t feel like I’m enjoying it as much as back then. I want to do that, so I’m learning from them.”

Tseng said she feels less pressure this week in the team format because she can go for shots with a teammate to support her in case she misfires.

“I’m one of the longer hitters so I can be aggressive all the time, so I don’t have to worry,” she said. “I miss it on the short side, I have my teammate that’s got me covered. So for me it’s already less pressure. I think we’re going to have lots of fun.”