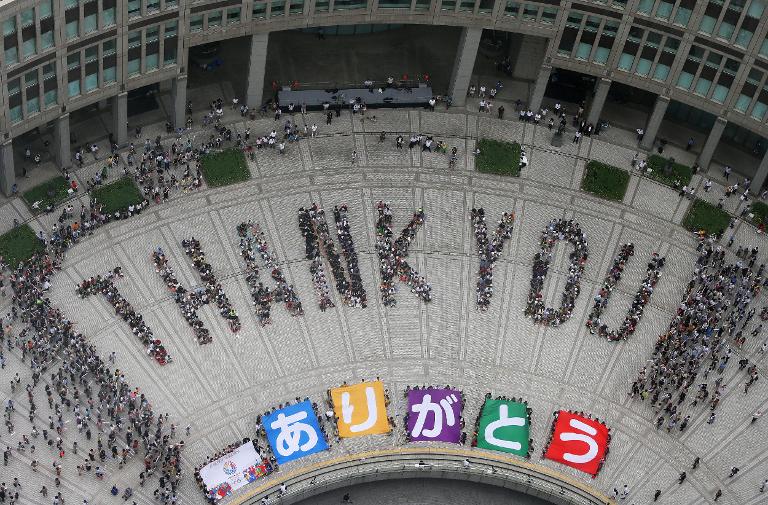 Six years to the day before the start of the 2020 Tokyo Olympics, its top brass predict the Games will have as significant an impact as those of 1964, which marked Japan’s emergence as an economic power.

After hosting the Games 50 years ago, Tokyo’s second Olympics will begin on July 24, 2020 with organisers hoping to recreate the same alchemy following two decades of stagnant growth and three years after a deadly tsunami and nuclear crisis.

“Achieving the same level of environmental, social and economic legacy is our ultimate aim for 2020,” he added.

When Tokyo staged Asia’s first Olympics five decades ago, the Japanese government’s unveiling of the iconic Bullet Train symbolised the country’s rise from humiliating defeat in World War II to its emergence as a major international player.

The 2020 Olympics is expected to boost the Japanese economy by an estimated three trillion yen ($30 billion) as building and tourism-related stimulus power growth, with about half the bonanza enjoyed by Tokyo.

The 1964 Games were also a catalyst for other huge infrastructure projects such as Tokyo’s motorway system, while many of the venues still look as modern today and, more importantly, remain in regular use.

Muto insisted a similar template would be followed for 2020, despite a row over designs for the rebuilding of Tokyo’s National Stadium, which critics slammed as too expensive and a potential eyesore on the vast city’s skyline.

“The world has changed beyond recognition since 1964,” he said in an e-mail. “But constants remain. Japan has something unique in its culture to offer the world.

“The building of permanent sports venues will contribute to the future enrichment of lifestyles in Tokyo… and become symbolic legacies of the Games.”

Tokyo officials estimate the cost of venues at around 150 billion yen, including the construction of 10 new facilities, although some assembly members fear the price could double.

Tokyo Governor Yoichi Masuzoe recently ordered a review of the building plans due to concerns about costs, but IOC vice-president John Coates warned Japanese officials that any changes would first need committee approval.

One of the venues set to be moved is the canoe slalom course at a seaside park after opposition from environmental groups, while basketball and badminton could also be bumped well outside the main waterfront area near the Olympic village.

Tokyo beat Madrid and Istanbul for the 2020 hosting rights in last September’s International Olympic Committee (IOC) vote, having lost out to Rio in the race for the 2016 Games.

For a nation which also staged the Winter Olympics in 1972 and 1998, the Games have come to represent the revitalisation of Japan as it tackles challenges domestically and overseas.

They include rising government debt, the spiralling social welfare costs of its rapidly ageing population, as well as economic and territorial rivalries with China.

Meanwhile, fears over the safety and long-term effects of the nuclear meltdown at the Fukushima power plant in March 2011 still linger, as communities devastated by the tsunami which triggered the crisis struggle to rebuild.

“During the efforts toward recovery and reconstruction from the earthquake and tsunami the people of Japan once again realised the power and value of sport,” said Muto.

“Many athletes have visited the affected areas, interacted with the local children and gradually brought smiles back to their faces.”

Japanese Prime Minister Shinzo Abe flew to Buenos Aires for the IOC vote to personally assure members Tokyo was not at risk of radiation leaks, considered a key factor in sealing the vote.

However, Coates refused to be drawn on reports that Tokyo Olympic organising president Yoshiro Mori wanted overseas athletes to set up training camps near Fukushima, saying: “I’m sure national Olympic committees would be mindful of that.”