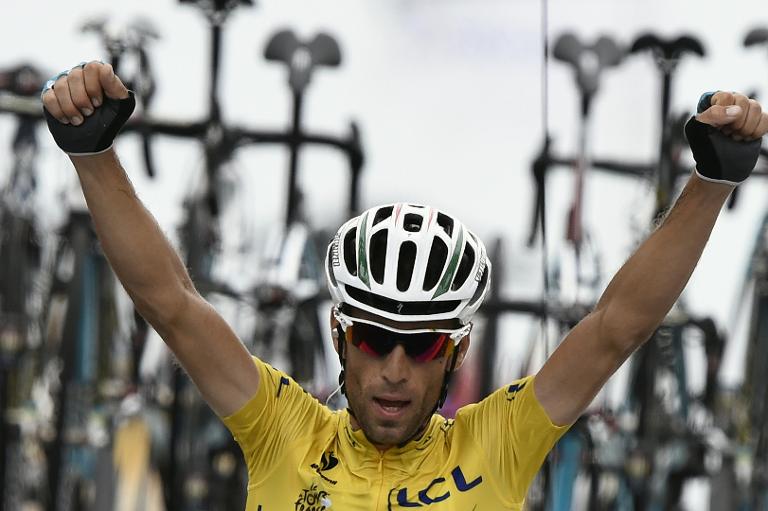 Vincenzo Nibali emphasised his total domination of the 2014 Tour de France with a fourth stage victory on Thursday.

The 29-year-old Italian had admitted on Wednesday that he was riding within himself but on the 144.5km 18th stage from Pau to Hautacam, he decided to put on a demonstration.

And it was precisely on the final 13.6km hors category climb to the finish where Nibali turned on the after-burners and showed just how gaping the chasm between him and the competition is.

“On the last climb I possibly went too soon but I was in good shape,” said Nibali.

“The pace had been fast because I didn’t want to let the breakaway get too far ahead. It was really important for me to win this prestigious stage on the Hautacam.

“I’m really happy I did it and I dedicate it to my team because they worked so hard for me.”

Seemingly the only danger to Nibali, who stretched his overall lead to more than seven minutes, came not from his rivals but from spectators.

On the climb, Nibali hit a woman who stepped out in front of him to try to take a picture.

The Italian’s shoulder caught the young woman’s arm but the Astana leader was unharmed and continued on to victory.

Although he admitted the Tour is as good as won, with only three stages left before the finish in Paris, Nibali said that incident showed he cannot count his chickens just yet.

“I’m very happy with this stage win and certainly I’ve accumulated a healthy advantage so I can remain calm for the next stages and Saturday’s timetrial,” he said.

“I caught her but it wasn’t too bad. But this is the Tour de France, it goes very fast and people have to be careful because this can be very dangerous, for her as well as me.

A large breakaway had formed early in the day but it was down to just two riders when it reached the foot of the Hautacam.

Spaniard Mikel Nieve then left French escape companion Blel Kadri behind and struck out for home.

But with Nibali’s Astana team controlling the peloton, the Spaniard’s lead was down to about 1min 30sec by that time.

Nibali attacked with around 10km left and soon gobbled up Nieve, after which he rode on alone to a comprehensive victory.

Behind him the true battle for the Tour podium places was firing up.

Thibaut Pinot drove on behind and crossed the line second at 1:10 to move up from third to second overall at 7:10.

Pole Rafal Majka, the winner of two mountain stages, was third at 1:12 to secure victory in the King of the Mountains competition.

Jean-Christophe Peraud made it two Frenchmen on the podium as he came home fourth at 1:15.

The 37-year-old is just 13sec behind Pinot and 2sec ahead of Alejandro Valverde, who had started the day second.

It means three riders are separated by just 15sec in the battle for second place, which should be decided on Saturday in the 54km timetrial.

Although Pinot, 24, is second, he is widely regarded as the weakest of the three against the clock.

“Peraud knows how to ride timetrials and Valverde’s the Spanish timetrial champion. There’s only 15sec between us so you can say we’re as good as starting level,” said Pinot.

American Tejay Van Garderen came home fifth in the same time as Peraud to boost his chances of finishing in the top five overall.

He is sixth and trails 23-year-old Frenchman Romain Bardet by just over two minutes but the American is a far better timetriallist.