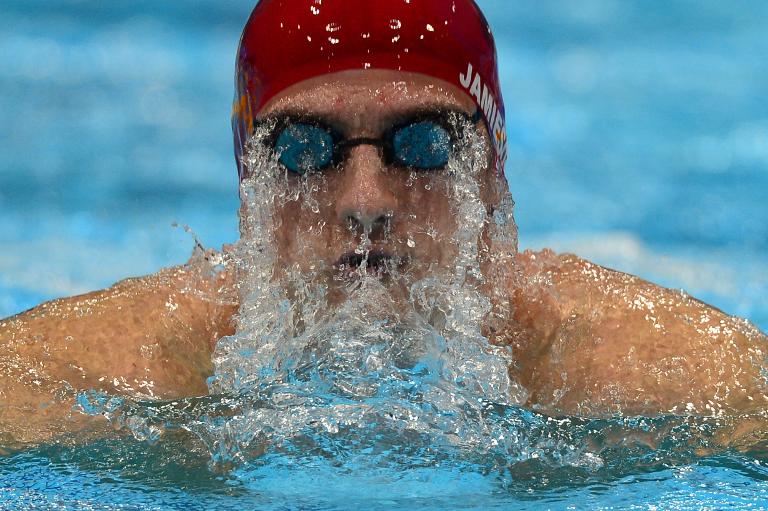 Olympic silver medallist Michael Jamieson was beaten by Scottish teammate Ross Murdoch as both men qualified for the 200m breaststroke final at the Commonwealth Games on Thursday.

Murdoch smashed the Commonwealth Games record by over two seconds in a time of 2mins 08.78secs with Jamieson and Calum Tait completing an all-Scottish top three in qualifying.

“Watching the crowd go wild and I just wanted that for myself and we did it, so it is something that I’ll remember for the rest of my life,” said the 20-year-old Murdoch.

And he believes he can upstage well-fancied Jamieson once more in the final later on Thursday.

“I really feel like I’ve got more in the tank.

“I am going to come back tonight and I think I can go one faster.”

Glasgow-born Jamieson put his disappointing result down to nerves, but is hoping to come back stronger later in the day.

“The last couple of days I was letting the nerves get the better of me, but I feel a lot better after that,” he said.

“That will just flush everything out and I can just try and chill out now because I have a lot of work to do tonight.”

Scotland’s Hannah Miley also had the home crowd in raptures in the first heat of the event by breaking her own Commonwealth record in the women’s 400m individual medley in a time of 4mins 38.27 secs.

More encouraging signs were to come for the host nation as Stephen Milne, Daniel Wallace and Robbie Renwick finished first, second and third respectively in the third heat for the men’s 400m freestyle.

All three will go for gold in the final tonight, but the favourite is Australia’s David McKeon as he qualified fastest.

It was a family affair for the Mckeon’s as David’s sister Emma also qualified fastest for the women’s 200m freestyle final by setting a new Commonwealth Games record.

Emma McKeon also progressed into tonight’s semi-finals of the 100m butterfly, but it was defending champion and fellow Australian Alicia Coutts who solidified her status as favourite by qualifying fastest.

Another Australian, Rowan Crothers, cruised to victory in preliminaries for the men’s para-sport 100m freestyle S9 event and wasn’t far off his Paralympic world record pace as he qualified along with compatriots Brenden Hall and Matthew Cowdrey.

Commonwealth Games record times were tumbling all morning at the Tollcross International Swimming Centre as Jamaica’s Ali Atkinson went fastest in the women’s 50m breaststroke in a Games record time of 30.49secs.

England’s Chris Walker-Hebborn also set a new record time of 53.30secs in the men’s 100m backstroke to qualify fastest, well ahead of teammate and defending champion Liam Tancock who was back in fifth.

And Australia laid down an early marker as they look to claim gold in the women’s 4x100m freestyle relay as they took nearly two seconds off the previous Games best they set in Delhi four years ago to qualify fastest for tonight’s final.

Olympic champion Chad le Clos of South Africa began his attempt for multiple medals in Glasgow in the 50m butterfly, but had to settle for qualifying for the semi-finals as third fastest behind England’s Benjamin Proud and Joseph Schooling of Singapore.