Home Sports Grosjean insists his future can be at Lotus 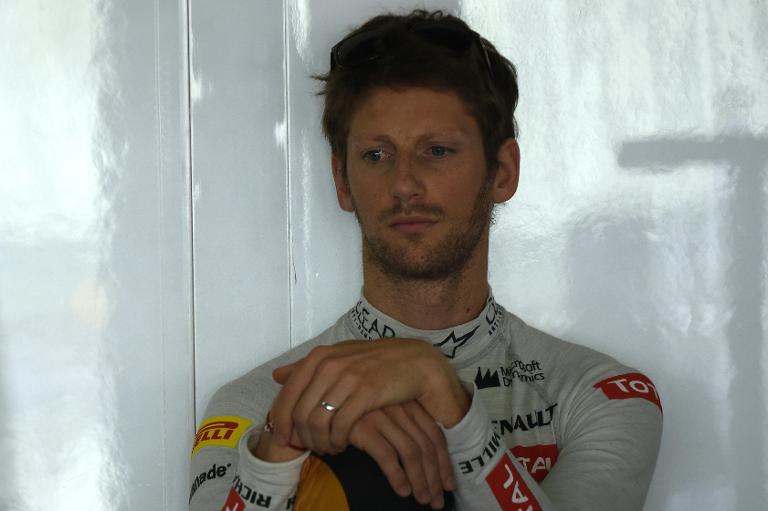 Frenchman Romain Grosjean insisted on Thursday that his future may still be with his current Lotus team, but admitted he is not in a hurry to agree to stay until he is happy with their future plans.

Grosjean, who has suffered a challenging season of disappointments after a promising year in 2013, has been linked with a possible move to several other teams.

But, he said, he is no rush to make a decision and will sit tight “as long as options are open.”

Speaking ahead of this weekendâ€™s Hungarian Grand Prix and Formula Oneâ€™s month-long summer break, Grosjean suggested that the Lotus teamâ€™s impending decision on who is their engine supplier next year may be decisive for him.

Many paddock observers believe the team is set to replace McLaren, who are switching next year to Honda engines, as a Mercedes-powered team.

Grosjean told reporters: “It’s quite easy to quantify the lap-time difference if you change engine and then it gives you how much more you need to gain on the chassis side.

“Putting two and two together, you can easily see what the performance is going to be.”

He added: “They don’t really have to convince me. I know what they are capable of doing. I know they have made good cars in the past.

“And I know the struggle we have now since we are in the process of understanding what is not working very well between the wind-tunnel and the car and where we can improve.

“I know the team is not going to do a season like this year next year because they will react and get better.

“Even though it’s not going to be as good a car as last year it’s hopefully going to be a car capable of fighting for points much more often, it can still be a good team.”