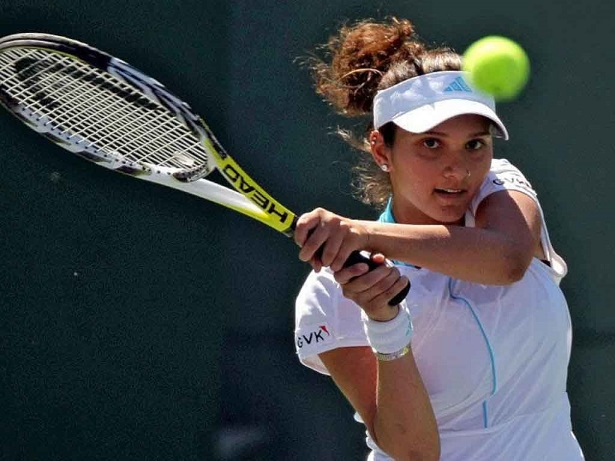 Hyderabad: As if India lacks controversy â€“ feeding the fasting and injudicious judicial appointments â€“ yet another controversy has just surfaced. Itâ€™s all about the just nominated Telangana Brand Ambassador Sania Mirza.

She is the daughter of Telangana, says Chief Minister K Chandrashekar Rao, who appointed her the stateâ€™s Brand Ambassador. No, she is the daughter-in-law of Pakistan, says BJPâ€™s K Laxman.

In a dramatic turn of event, Telangana Congress leader Hanumanta Rao said, â€œWe oppose Sania Mirza being made the Telangana Brand Ambassador. She hasn’t done anything for the Telangana state. She married a Pakistani national.â€

Former IPS officer Kiran Bedi promptly hit out at the political parties.”When a daughter gets married she does not disconnect her roots, just as a son does not! Grow up people! Sania now is pride for India and Pakistan!” tweeted Bedi.

Sania was born in Maharashtra but settled in Hyderabad. Hence she is a “non-local”, Laxman told reporters.Â Further, she is married to Pakistani cricketer Shoaib Malik. The 27-year-old tennis player has not participated in the Telangana agitation, he added.

Â â€œI will always be an Indian, till the end of my life,â€ said Sainia reacting to the criticism against her.

The Chief Minister on Tuesday handed over a grant of Rs 1 crore, proclaiming her as Brand Ambassador of Telangana. A jubilant Sania expressed her happiness on Twitter, â€œHonoured and humbled to be the first brand ambassador for the state of Telangana.â€

“Telangana is proud of Sania who is a true Hyderabadi, declared the Chief Minister. Â