Home World Air Algerie with 116 passengers on board crashes 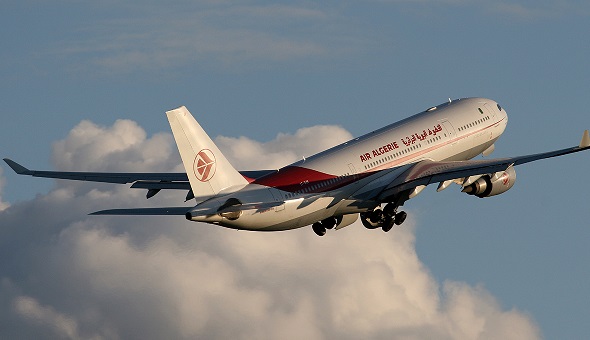 Algiers : Air Algerie plane with 110 passengers and six crew members reportedly crashes after losing contact with air traffic control over Mali after taking off from Burkina Faso to Algeria. The plane crashed in Niger river on Thursday, confirmed AFP reports.

â€œI can confirm that it has crashed,â€ the official said, declining to give details of where the plane was or what caused the accident.

â€œIt was supposed to land in Algiers at 0510 GMT but never reached its destination. The last contact was at 0155 GMT when it was flying over Gao, Mali,â€ the official added.

A Chinese TV channel and flight tracking website say the flight has crashed into Niger river. The latest tragedy is likely to worsen the jitters in the airline industry after a Malaysia Airlines plane was downed over Ukraine last week.

Its six-member crew were all Spanish, said Spainâ€™s airline pilotsâ€™ union Sepla, while Swiftair confirmed the aircraft had gone missing less than an hour after takeoff from Ouagadougou.

Many French nationals were thought to be on board the plane, Franceâ€™s Transport Minister Frederic Cuvillier said in Paris. He said after a government meeting that top civil aviation officials were holding an emergency meeting and a crisis cell had been set up.

Earlier reports had said the plane was a DC-9.

â€œThe plane disappeared at Gao (in Mali), 500 kilometres from the Algerian border. Several nationalities are among the victims,â€ Prime Minister Abdelmalek Sellal was cited as saying by Algerian radio.

The Air Algerie source earlier said contact was lost while the airliner was still in Malian airspace and approaching the border with Algeria.