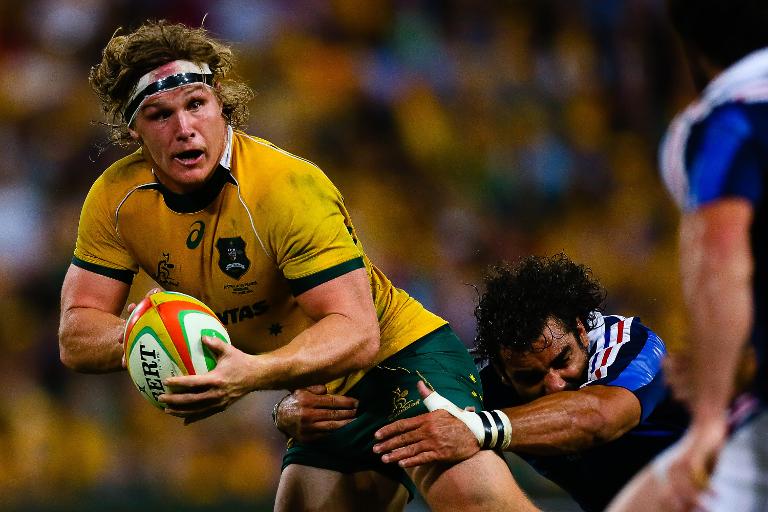 Ewen McKenzie Wednesday named a 32-man Australian squad for the upcoming Rugby Championship with few surprises, sticking with the group that is enjoying a seven-match winning streak.

It includes 25 players who earned at least one Test cap during the recent 3-0 series win over France, and five others who were squad members.

McKenzie said the familiarity would be an asset.

“We’ve come a long way as a group over the past 12 months and the consistency we’re now applying across selections, high-performance behaviours and our playing style is a positive sign that we are heading in the right direction,” he said.

“The challenge for us now is to continue this consistency.”

Australia face New Zealand in their opening Bledisloe Cup Test match on August 16 in Sydney, and McKenzie has warned the Wallabies will have to lift to beat the all-conquering All Blacks.

“We understand a great deal of attention going into the match will be around the All Blacks and their motivation to create a new piece of history by winning a world-record 18 consecutive games,” he said.

It has been 12 years since the Wallabies last held the Bledisloe Cup, the symbol of trans-Tasman supremacy, and McKenzie acknowledged the weight of expectation.

“For us, it’s no secret that our desire to win back the Bledisloe Cup grows every year, but if our attention isn’t focused on the right areas during our preparations then it will be easy to get caught looking too far ahead,” he said.

The Australian squad, captained by Michael Hooper, includes Fiji-born flyer Henry Speight — the only uncapped member of the group — who will be eligible to represent Australia from September 11.

Two other players who were unavailable for the France series in June due to injury — Ben Alexander and Joe Tomane — have also been included.

Players not selected this time round due to injury include, among others, Stephen Moore (knee), David Pocock (knee), scrumhalf Will Genia (ankle) and flyhalf Quade Cooper (shoulder).

After opening its Rugby Championship campaign against New Zealand in Sydney, Australia plays the All Blacks again on August 23 in Auckland, South Africa on September 6 and 27 and Argentina on September 13 and October 4.