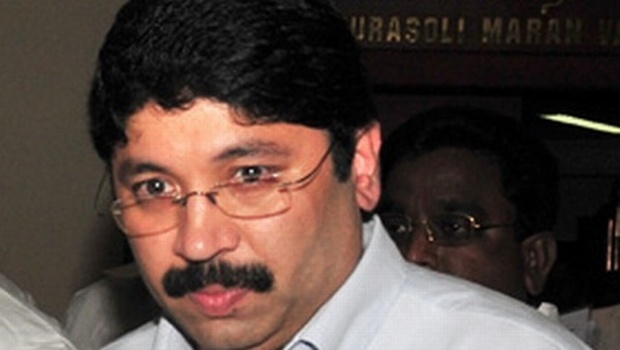 New Delhi: The Centre has reportedly informed Central Bureau of Investigation (CBI) about the evidences required for filing chargesheet against former telecom minister Dayanidhi Maran in the case of a kickback or quid pro quo in the sale of telecom firm Aircel to the Maxis Group in 2006.

Attorney-General Mukul Rohtagi on Tuesday told media persons that there was enough evidence with it to file a chargesheet against former telecom minister Dayanidhi Maran and his brother Kalanithi in the Aircel-Maxis deal case.

In an FIR filed in 2011, the CBI accused Dayanidhi Maran of misusing his office in 2006 to force the sale of cellphone operator Aircel to Maxis, owned by T Ananda Krishnan.Â  In return, CBI claims, the Malaysian group invested nearlyÂ Rs.Â 650 crores in the Sun TV Group, owned by Maran’s brother, Kalanithi.

C Sivasankaran, who owned Aircel at the time, has said that Maran ensured the telecom was not given critical licenses as a pressure tactic by Maran. After he eventually caved in, he claims, Aircel received clearances at lightning speed.

The Attorney-General stepped in after differences between the CBI director Ranjit Sinha and the agency’s Director of Prosecution led to a delay in a charge-sheet in the case. Mr Sinha had said the evidence against Dayanidhi Maran was insufficient.

The matter landed on former Solicitor-General Mohan Parasaran’s table earlier this year. In May, he wrote a letter to the investigating agency saying he would not intervene and “it would be most appropriate that the matter is considered by the new government.”
Â