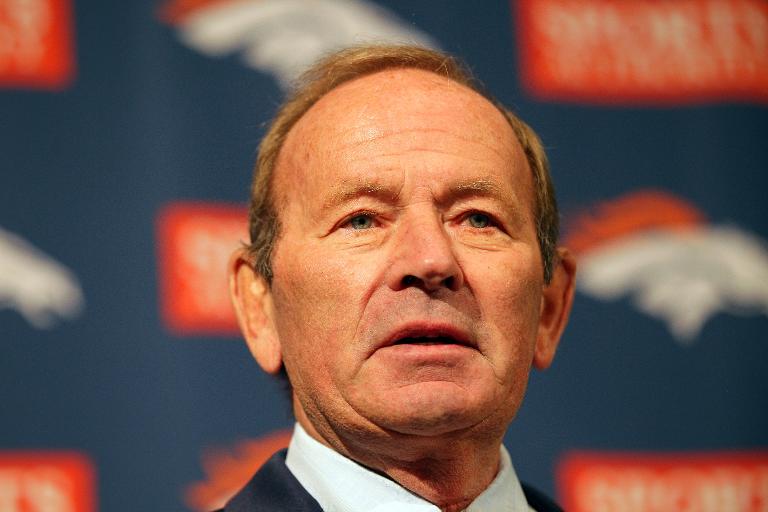 Denver Broncos owner Pat Bowlen, whose team has reached six Super Bowls in his 30 years in charge, has relinquished day-to-day control of the team due to Alzheimer’s disease.

The National Football League club announced the move Wednesday, revealing the 70-year-old oil tycoon had been fighting the disease over the past few years.

“The Broncos are very saddened that Mr. Bowlen is no longer able to be part of the team’s daily operations due to his condition,” a Broncos statement said. “We continue to offer our full support, compassion and respect to ‘Mr. B’, who has faced Alzheimer’s disease with such dignity and strength.”

Bowlen had already placed his ownership share into a trust controlled outside his family with hopes that one of his seven children would one day take over the Broncos, who won the 1998 and 1999 Super Bowls but suffered their most recent of four title-game losses last February to Seattle in New York.

“Plans for this trust were arranged by Mr. Bowlen beginning more than a decade ago as part of his succession plan to keep the Broncos in the Bowlen family,” the statement said.

John Elway, the star quarterback on Denver’s championship squads, will continue to run the football department.

“Pat has always wanted the focus to be solely on the Denver Broncos and the great fans who have supported this team with such passion during his 30 years as owner,” Bowlen’s wife, Annabel Bowlen, said.

“My family is deeply saddened that Pat’s health no longer allows him to oversee the Broncos, which has led to this public acknowledgement of such a personal health condition.

“Alzheimer’s has taken so much from Pat, but it will never take away his love for the Denver Broncos and his sincere appreciation for the fans.”