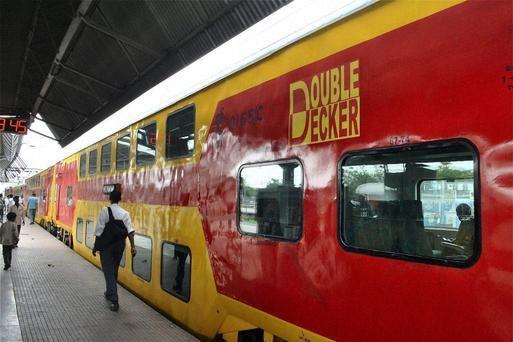 Varanasi: The Kolkata-New Delhi Rajdhani Express was detained by the irate passengers for nearly an hour at Mughalsarai railway station after cockroaches were found in the food served by Indian Railways.

Senior railway officials who rushed to the spot pacified the passengers, assuring them improved catering services, and managed to move the train.

The food was served when the train left Patna. Some passengers travelling in B-7 coach found cockroaches in the food. The people at pantry car did not pay heed to the complaint. They alleged that the train superintendent did not take notice of the matter.

When the train stopped at platform Number 3 on Mughalsarai railway station around 12.57 am, passengers staged demonstration raising anti-railway slogans. The train was delayed for an hour because of the agitation.