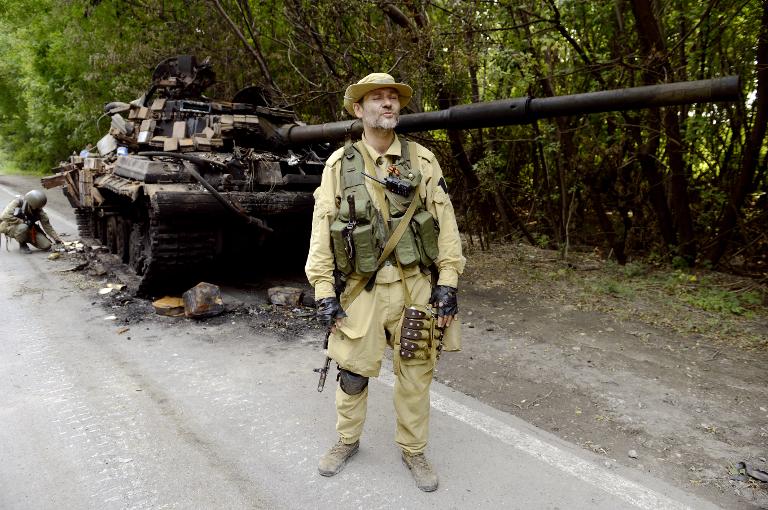 German politicians demanded Wednesday that Russia be stripped of the right to host the 2018 World Cup for fuelling the Ukraine conflict, although football officials quickly rejected the idea.

Amid outrage over the downing of a Malaysian jet in Ukraine with a suspected missile, lawmakers and commentators in Germany, as well as Britain and Sweden, suggested that another country host the global sporting event.

Peter Beuth, interior minister of Germany’s central Hesse state, said that if President Vladimir Putin does not get “actively involved in the investigation of the plane crash, then a 2018 World Cup is unimaginable in Russia”.

Senior conservative lawmaker Michael Fuchs said that Germany, along with France and Italy, could easily host the championship instead.

“We have enough stadiums that are World Cup ready,” he said, stressing that such a boycott would hurt Russia more than economic sanctions.

Another conservative parliamentarian, Stephan Mayer, said that if Putin “does not relent and keeps fuelling the crisis, it must no longer be a taboo idea to take away from Russia the World Cup”.

“Calls for a FIFA intervention always come very quickly. Sports boycotts have rarely achieved anything, and that’s why I think nothing of such a proposal,” he told Handelsblatt Online.

A German government spokesman also dismissed the issue, saying the Cup “is still four years away. I think we have more pressing problems.”

Meanwhile in the Netherlands — 193 of whose citizens died in the MH17 crash — the national football federation said that “during these black days” it was too early to discuss the issue or a possible boycott.

“We realise that a future World Cup in Russia will be very emotive for all football lovers and relatives of the dead in the Netherlands,” a federation statement read.

In Britain, conservative MP Tracey Crouch, a member of the culture, media and sport select committee, also said “Russia ought to be stripped now … Football could be used to put pressure on President Putin to change some of his practices.”

Football Association chairman Greg Dyke had told a parliament hearing Tuesday that “I don’t think that you can make a decision based on one week’s events without looking at the longer term”.

In Sweden, Per Kaageson of Stockholm’s Royal Institute of Technology, argued in the Svenska Dagbladet daily that “for Russia and for Putin personally, the loss of the World Cup would be a big defeat”.

“Not only Ukraine but also the Netherlands, Malaysia and Australia can be expected to have mixed feelings regarding a tournament in Russia.”