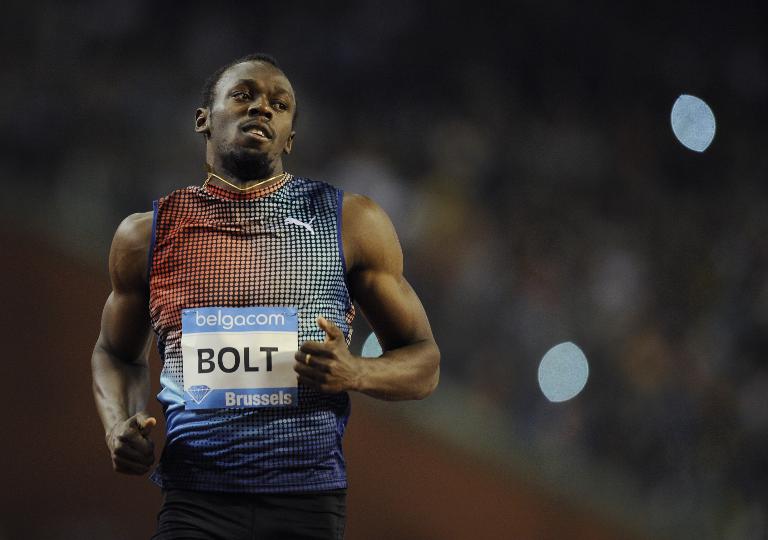 Sporting household names such as Usain Bolt, Mo Farah and Bradley Wiggins will add some welcome sparkle to the 20th Commonwealth Games that get under way in Glasgow on Wednesday.

The biggest ever multi-sport event to take place in Scotland will see more than 4,000 athletes from 71 nations, 53 of which make up the Commonwealth of Nations – the rest made up of British overseas territories or dependencies, take part in 17 sports over 11 days, with 261 medals up for grabs.

With the background of a September 18 referendum on Scottish independence, the Games will officially be opened by Queen Elizabeth II at a lavish ceremony in Celtic Park later Wednesday that will enjoy an estimated television audience of one billion viewers.

Attention will then turn to the action itself with Bolt, arguably world sport’s biggest star, looking to add Commonwealth gold to his six Olympic and eight World Championship gold medals.

However, the 27-year-old will only be running as part of the Jamaican 4x100m relay team as he missed his national championships which served as the selection meeting for the Commonwealth Games due to injury.

Bolt said he didn’t want to take the place of any athlete who had qualified for an individual event, but would be available for selection as part of the relay team.

“I have received lots of requests, invitations and messages of support from my fans in Scotland who are looking forward to a great event,” he said.

Double world and Olympic champion Farah is confident of being fit to run both the 5,000m and 10,000m despite pulling out of the Diamond League event in Glasgow due to abdominal pains.

Kenya’s world 800m record holder David Rudisha will be hotly tipped in the two-lap race but will not have it his own way given the electric form of Botswana’s Nijel Amos, who recently beat the Kenyan into fifth in Monaco.

With two-time Olympic champion Shelly-Ann Fraser-Pryce also only competing in the 4x100m relay, Trinidad and Tobago’s Michelle-Lee Ahye is the strong favourite for the women’s 100m as she is yet to be beaten this year.

The heptathlon has been stripped of its two outstanding stars, firstly Jessica Ennis due to the recent birth of her first child and then English teammate Katarina Johnson-Thompson through injury.

Away from track and field, the Tour de France’s loss with be the Commonwealth Games’ gain as Wiggins will represent England in the Sir Chris Hoy velodrome in the 4,000m team pursuit on Thursday.

Wiggins has become a global star since he last competed at the Commonwealth Games in 2002, with four Olympic gold medals and victory in the 2012 Tour de France making him arguably the most recognisable face in his sport.

But the controversial decision by Team Sky to stand him down from this year’s Tour, combined with a desire to return to the track at the Rio 2016 Olympics, means Wiggins has been fully focused on the velodrome in recent months.

He had initially been mulling over a combined programme of track and road, with the team pursuit, individual pursuit, time-trial and road race all options for him.

But he will only contest the team pursuit in Glasgow, in a bid to prevent spreading himself too thinly.

“The plan was to come in and do pretty much most of the events, (but) with hindsight, I thought just focus on the Olympic event rather than try to be too greedy,” Wiggins said.

Anna Meares will be hoping to defend the three Commonwealth golds she won four years ago in New Delhi and can surpass Kathy Watt as Australia’s most decorated Commonwealth Games cyclist of all time by claiming at least two more medals in Glasgow.

Australia are expected to dominate in the pool with 100m freestyle world champions James Magnussen and Cate Campbell both taking part.

The diving event will take place in the Royal Commonwealth Pool in Edinburgh, which held events at the two editions of the Games held in the Scottish capital in 1970 and 1986, with England’s Tom Daley the star attraction.

And there will also be a world class field on show in the rugby sevens event at Ibrox on July 26 and 27.

Seven of the top eight ranked teams in the world will be competing, but two-time Commonwealth Games silver medallists Fiji will not be present as their suspension from the Games over military coup in 2006 was lifted after the draw for the event had already taken place.