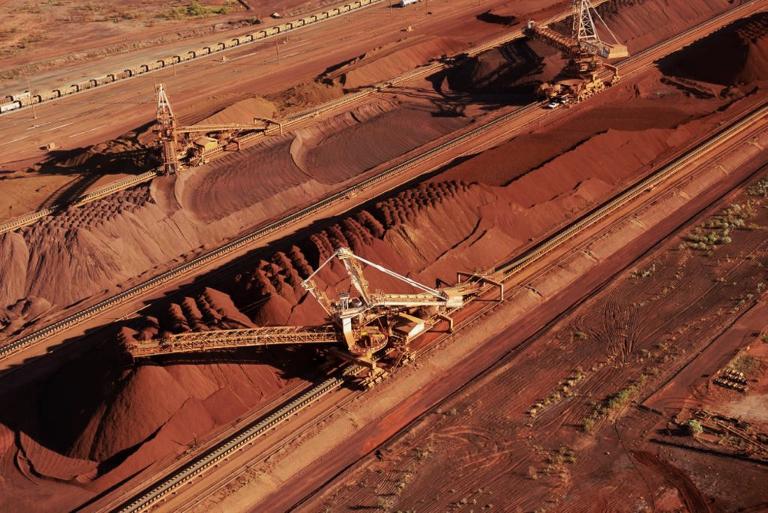 The Anglo-Australian mining giant’s operational review for the year ended June 30 also showed that copper production was 2 percent higher compared to the previous year and petroleum up 4 percent.

“Our focus on productivity has resulted in a significant improvement in operating performance at each of our major businesses this year, with a nine percent increase in group production and record output at 12 operations,” chief executive Andrew Mackenzie said.

Rival mining giant Rio Tinto last week said its iron ore production and shipments surged to record highs in the first-half of the year as it boosted output despite a recent fall in commodity prices.

Iron ore prices have dropped almost 30 percent this year — falling below US$100 a tonne in May for the first time since 2012 — owing to a supply glut as miners lift output on expectations of continued Chinese demand for the steel-making material.

“We now expect production of 245 Mt (100% basis) from the Pilbara (region) in the 2015 financial year,” the world’s biggest diversified miner said in a statement.

Copper production rose to 1.7 Mt, while petroleum production was supported by significant growth at Onshore US and Atlantis.

“We expect to maintain strong momentum and remain on track to generate group production growth of 16 percent over the two years to the end of the 2015 financial year,” Mackenzie said.

“In petroleum, we are investing in our highest-return acreage while a broader improvement in productivity is expected to underpin stronger iron ore, copper and metallurgical coal volumes.

“We will remain focused on value over volume as we prioritise our brownfield development options and consider the next phase of portfolio simplification.”