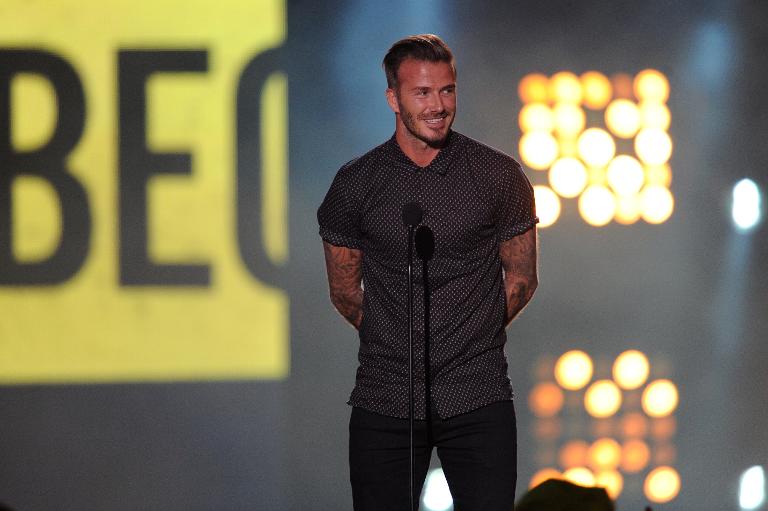 Beckham, on holiday in the city where he once played for Major League Soccer’s Los Angeles Galaxy, stopped by United’s pre-season training camp on Tuesday to visit some former teammates, including assistant manager Ryan Giggs.

United will open a pre-season tour Wednesday at the Rose Bowl against the Galaxy with the English Premier League side booking matches against Roma, Inter Milan and Real Madrid in a US tour.

Van Gaal said Tuesday he was pleased with the focus on his new players in training sessions.

“Training has been fantastic,” Van Gaal said. “You may think every new trainer or coach would say that, but it’s true. They seem anxious to do what I and my assistants say.

“Their focus is at a top level and I am very happy with what I have seen in the first three days of training here.”

United are far from peak fitness while the Galaxy are in mid-season form given the US league season began in March.

“I expect a very organized, tactical, aggressive team in attack, who want to press the ball,” Van Gaal said of the Galaxy.

“They are already in their season but we have only had three days. We’re not well prepared. We’re not fit yet. But I hope we can give a good performance and every match is a step in our progress.”