Home Sports Be organized — the world according to Dunga 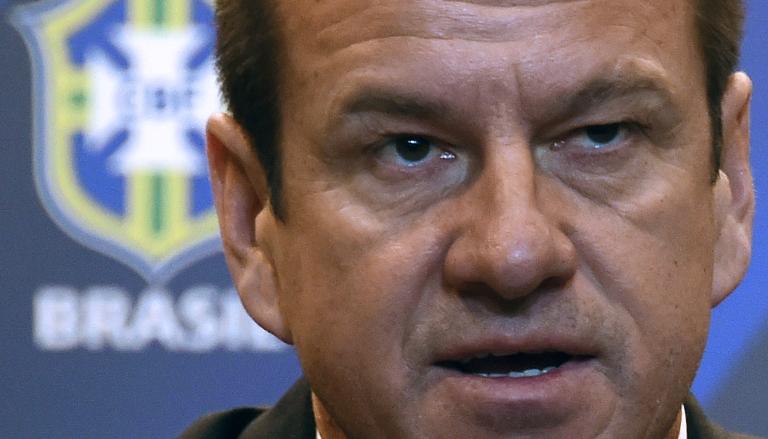 Brazil looked forward by looking back in deciding to give former World Cup-winning skipper Dunga a second bite at coaching the Selecao.

Having won the chance to return to a job he lost four years earlier after a quarter-final loss to the Netherlands, Dunga’s mantra of organize first, then entertain may not be the way most Brazilians look at the ‘beautiful’ game.

But the ageing suits in charge of the Brazilian Football Confederation (CBF) have decreed that reform and emerging from the wreckage of their trouncing by Germany is a job for an experienced pragmatist — not a revolutionary.

Though it is the likes of Pele, Garrincha, Ronaldo, Ronaldinho — and Neymar — who star in most fans’ dreams as they fret over which reformist path to take to the future, Dunga says he has no time, and no need, to don rose-tinted spectacles.

Promising to engage better with the press than he did first time round between 2006 and 2010, he said that however much football evolves certain truisms cannot be controverted.

“Every coach begins by organizing things from the back,” he bluntly asserted on Tuesday.

“Germany were always organized,” he added, the clear implication being that is a first building block for success — not fancy footwork 40 metres out.

That thinking was behind the decision, announced by outgoing CBF president Jose Maria Marin at CBF headquarters in Rio, to choose a man they know well, who won 91 caps as well as overseeing 60 matches in charge thereafter — 42 won for six lost.

Brazil’s authorities want to reform the game without going down the path of cataclysmic change even if many aspects of the domestic game are in disarray with clubs racking up huge debts while regular bouts of hooliganism persist.

President Dilma Rousseff, conscious of the importance and high visibility of the football debate as she targets re-election in October, is already in contact with the Bom Senso (Common Sense) collective of players looking to overhaul the game’s structures.

Bom Senso was swift to send advance good luck greetings via spokesman Ruy Bueno Neto to Dunga overnight Monday while making clear that outside the CBF hierarchy there is demand for deep reform.

“There is no need to repeat that our leaders are well behind when it comes to the modern game…I wish him (Dunga) luck,” said Neto, who clearly doubts that a CBF about to replace current 82-year-old head Jose Maria Marin with 73-year-old Marco Polo Del Nero is capable of clearing out the stables effectively.

“Given the way the CBF structures are things are very difficult,” he observed following a meeting with Rousseff herself.

Bom Senso’s calls for deep reform have been loud and constant for months and are not related to Brazil’s World Cup failure which ended in their ignominious record semi-final 7-1 loss to Germany.

Brazil’s secretary for football and defense of fan rights Antonio Jose Carvalho do Nascimento Filho insisted there would be no let-up after Monday’s meeting with Bom Senso.

“This is not electoral opportunism, it is patriotism. The 7-1 surprised us, but the deficiencies of Brazilian football (in general) do not surprise us,” he said.

Dunga wants to forge a unit rather than rely on individuals — he left a then teenaged Neymar off his 2010 squad despite earning Pele’s ire for the decision.

Tuesday he said he will “revamping all the bases” with a staff under new technical coordinator Gilmar Rinaldi, a friend from the 1994 squad.

The 50-year-old, whose football experience encompasses Italy, Germany and Japan as well as Brazil, says he has changed for the better since his first spell, when under-20 coach Rogerio Lourenco complained there was no contact.

“You know me — I person doesn’t easily alter his principles regarding ethics and work.

“But I know I have to change in terms of my contacts with you journalists,” said Dunga, promising in future to be more mellow in yellow.

“First time out I focused too much on pitch matters… My fault.”

Targeting early success at next year’s Copa America in Chile, Dunga has three evident advantages as he embarks on his quest to deliver in Russia 2018 the sixth World Cup which proved so elusive on home soil this month.

He has an unexpected opportunity now to learn from his past spell in charge and readily admits he must see the media as a potential ally, not automatic enemy.

Above all, assuming he is still at the helm come 2018, he will have the huge advantage of not having to meet overblown home expectations — a double-edged sword which Germany seized to cut a Brazil psychologically unable to cope with the emotions and the injury loss of Neymar to ribbons.

The process starts with a September 5 friendly meeting with Colombia in Miami.