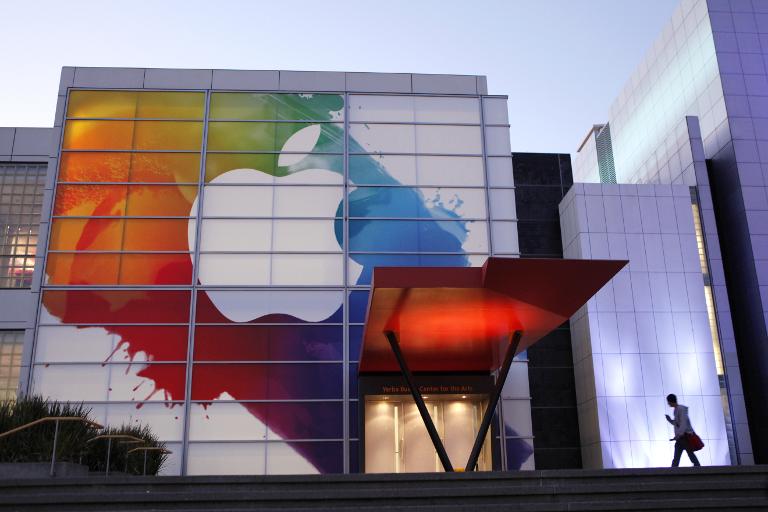 The only damper in strong earnings reported on Tuesday was a decline in iPad tablet sales.

The California-based company posted a profit of $7.7 billion on revenue of $37.4 billion in the three months period to June 28, an increase of 11.6 percent from a year ago.

Apple said it sold 35.2 million iPhones in the quarter, a rise of nearly 13 percent from the same period a year earlier.

“Our record June quarter revenue was fueled by strong sales of iPhone and Mac and the continued growth of revenue from the Apple ecosystem, driving our highest (earnings per share) growth rate in seven quarters,” Apple chief executive Tim Cook said in an earnings release.

Apple also declared a cash dividend of 47 cents per share of common stock to be paid at the close of business on August 11.

Apple shares slipped less than a percent to $94.23 in after-market trades that followed the release of the earnings figures.

In a disappointment, Apple said iPad sales fell 9.2 percent from a year ago to 12.27 million, a figure weaker than most analysts had expected.

The soft demand for iPads also hurt revenues, which were below the consensus forecast of nearly $38 billion.

“iPad sales met our expectations, but we realize they didn’t meet many of yours,” Cook said during an earnings call with financial analysts.

“We are very bullish about the future of the tablet market and confident that we can continue to bring significant innovation to this category.”

He stuck to his belief that the tablet market will eventually surpass the personal computer market, saying that Apple needed to do a few things to “get it moving on a faster trajectory, and we are on track to do that.”

He billed a freshly-announced partnership with IBM as way to catalyze sales of iPad and other Apple devices to businesses by ramping up mobile software for use on the job.

The earnings release, as expected, contained no hint of any new iteration of the popular iPhone despite numerous reports that Apple is preparing versions with a larger display.

“We have an incredible pipeline of new products and services that we can’t wait to show you,” Cook said.

A US patent made public on Tuesday bolstered rumors that Apple has designs on a smartwatch.

The patent describes an wrist band, possibly with a touch screen, configured to connect wirelessly to a mobile device such as a smartphone.

Disclosure of the patent added fuel to talk that Apple intends to wade into the blossoming wearable computing market with a smartwatch.

Apple has remained tight-lipped about product plans, but Cook has stated repeatedly that impressive new products were in the works, and that he sees the wrist as a preferred spot for a wearable computing gadget.

Sales in China went well past strong expectations Apple had for the quarter, climbing 28 percent when compared with the same period a year earlier.

“China, honestly, was surprising to us,” Cook said.

Apple’s recent deal with China Mobile, the world’s biggest mobile carrier, is expected to help lift iPhone sales globally at a time when the rival Google Android system has grabbed some 80 percent of the market.

In the United States, Apple is stronger: according to the research firm eMarketer, the iPhone’s share of the smartphone market is likely to increase to 40.5 percent this year.

The research firm IDC said Apple remained the largest global tablet vendor in the first quarter but that its market share slid to 32.5 percent from 40.2 percent in early 2013.

“Has Apple lost its way? Not at all,” said Forrester analyst Frank Gillett.

“I see no drama or challenges in these results.”